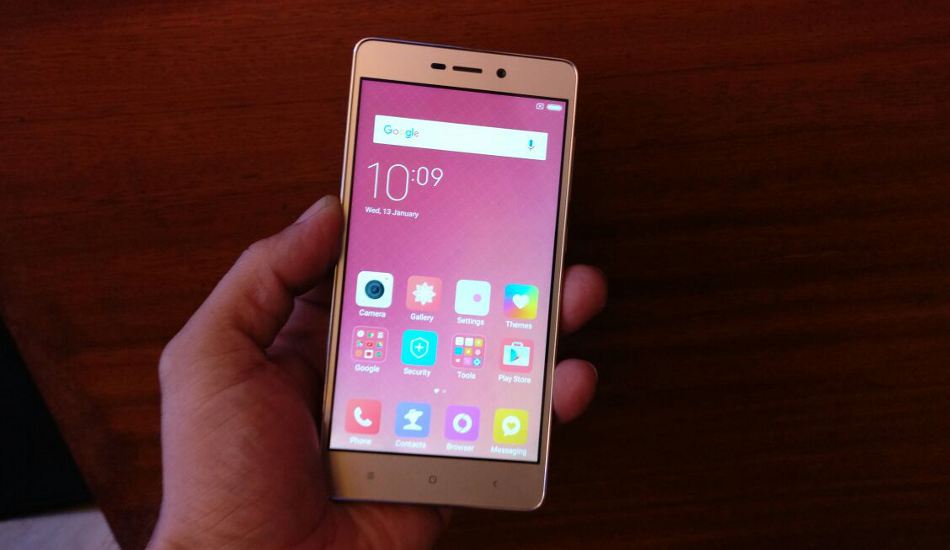 Here we have complied the list of Top 5 best of the best phones to make your buying decision easier.

Last week, we have covered the Top 5 phones under Rs 7,000 and today we have come up with another lucrative segment, which is Top best five phones in the Rs 7,000 to Rs 10,000 price range. This segment too have several good options which make your task daunting to pick the best smartphone which is worth your hard earned money. So here we have complied the list of Top 5 best of the best phones to make your buying decision easier.

Moreover the below listed smartphones comes with 4G VoLTE support, which means one can take advantage of Jio’s Happy New Year offer, which will enable users to avail free data and voice calling until 31st March 2017. Furthermore, earlier this week Mukesh Ambani introduced Reliance Jio Prime membership in which users will continue to enjoy all the services under the current Happy New Year offer even after 31st March 2017 and to subscribe for Jio Prime, the existing Jio users or the ones who subscribe to Jio before or on 31st March 2017 are required to pay Rs 99 as an entry fee. Further, starting 1st April 2017, these users will then have to pay just Rs 303 per month to avail free unlimited calls, SMS and 1GB internet per day.

The Redmi 3S Prime smartphone, which is priced at Rs 8,999, is having the best of specifications in this price range and can be considered as the good buying option. The Redmi 3s Prime has almost same specifications as of Redmi 3s, except it has 3GB RAM and a fingerprint scanner.

Just to recall, we have rated Redmi 3S smartphone as the best buy under Rs 7000 and its another variant Redmi 3S prime is also one of the best among the other smartphones in the Rs 7,000 to Rs 10,000 price range.

As far as specifications of Redmi 3S Prime is concerned, it hs a metal unibody design and features a 5-inch HD (720 x 1280 pixels) IPS display. It is powered by an octa-core Qualcomm Snapdragon 430 (4 x 1.2 GHz Cortex A53 + 4 x 1.5 GHz Cortex A53) 64-bit processor. It has Adreno 505 GPU and 3GB of RAM. The hybrid dual SIM based smartphone runs on Android Lollipop based MIUI 7 operating and has a 4100 mAh battery. It also has a fingerprint scanner for enhanced security.

The Xiaomi Redmi 3S comes with 16GB of internal storage, which is further expandable by up-to 128GB via a micro SD card. The smartphone boasts a 13-megapixel autofocus rear camera with LED flash and a 5-megapixel front camera. it also features HDR and HHT (handheld twilight) modes for various shooting conditions On the connectivity front, the device offers 4G VoLTE, Bluetooth 4.1, WiFi (802.11 b/g/n), GPS with AGS/GLONASS Micro-USB 2.0 and an IR blaster. The handset measures 139.3 x 69.6 x 8.5mm and weighs 144 grams.

Moto G4 Play was launched in India in September last year and is priced same as of above mentioned Redmi 3S Prime, which is Rs 8999. Though it does not have the best of specs in the price range, but the brand value it owns, make this smartphone a good buying option. 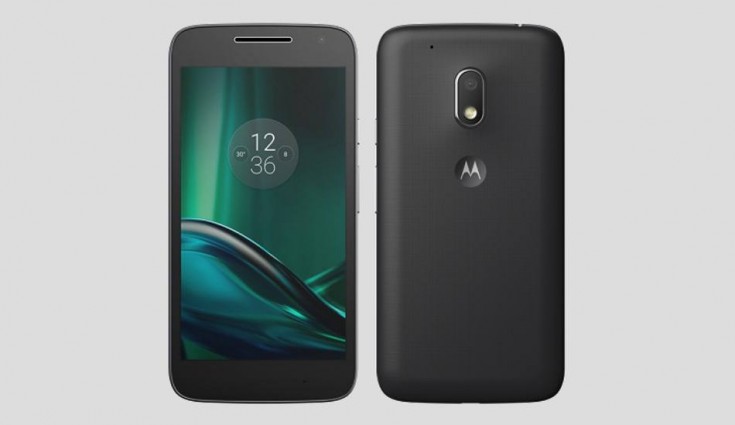 Lenovo K6 Power bearing 4000mAh battery launched in India in November last year at Rs 9,999. This smartphone stands as a good competition with Redmi 3s Prime in terms of specifications and performance.

Lenovo K6 Power has a metal unibody design and features a 5-inch full HD (1920 x 1080 pixels) IPS display. The K6 Power is powered by a Octa-Core Qualcomm Snapdragon 430 processor, along with Adreno 505 GPU. It comes with 3GB of RAM and 32GB of internal storage, which can be further expandable memory up-to 128GB via microSD card. The smartphone runs on Android 6.0.1 Marshmallow operating system. The Lenovo’s Pure UI now support dual apps feature as well as long screenshots. It gets its juices from powerful 4000mAh battery, which claims to offer 649 hours of standby time. The battery comes with an ultimate power saver mode which helps the battery to last 3 times longer. 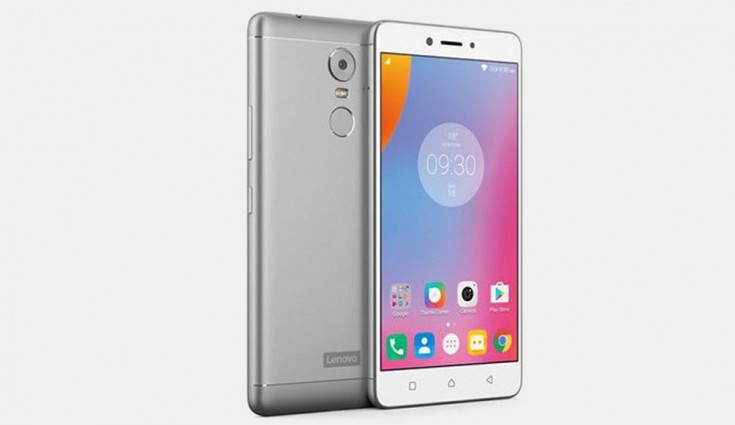 The K6 Power also houses a fingerprint scanner, which is integrated on its back panel. The company claims that the fingerprint sensor can unlock the phone in just 0.3 seconds and can also be used to lock individual apps. On the camera front, the smartphone flaunts a 13-megapixel primary camera with LED Flash, Sony IMX258 sensor and PDAF. On its front, it has an 8-megapixel front-facing camera for selfies. The smartphone also supports TheaterMax technology. Besides, the smartphone offers Dual SIM, 4G VoLTE ,Wi-Fi (802.11 b/g/n), Bluetooth 4.1, GPS, a microUSB port USB OTG with reverse charging option, and Dolby Atmos audio. The handset measures 141.9 x 70.3 x 9.3 mm and weighs 145 grams. 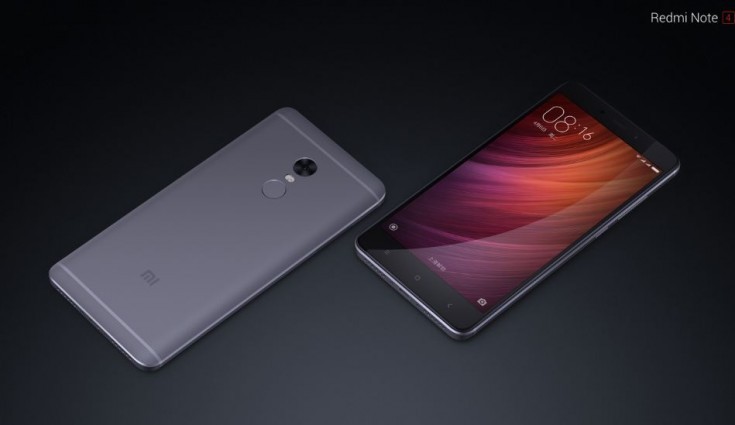 As far as specifications are concerned, the Xiaomi Redmi Note 4 comes with a 5.5-inch full HD (1920 x 1080) 2.5D curved glass display and a 2.0 GHz Octa-Core Snapdragon 625 processor with Adreno 506 GPU. The hybrid dual SIM smartphone runs on Android 6.0 Marshmallow operating and has a 4100 mAh battery. In terms of design, the smartphone is near identical to the Redmi Note 3 with a fingerprint scanner at the back.

The Panasonic Eluga Note was launched in India last year at Rs 13,290, However after the price cut of Rs 3,291 in October last year the smartphone is now retailing at Rs 9,999, which made this phone a good buying option in this price range. 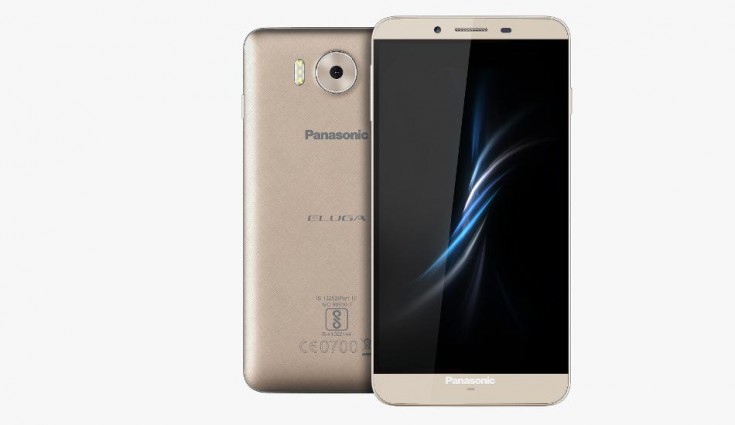 As far as specifications are concerned, the Panasonic Eluga Note features a 5.5-inch full HD IPS display with a resolution of 1920 x 1080 pixels. Eluga Note holds a battery of 3000 mAh capacity and a 1.3 GHz octa-core processor. It runs on on Android 6.0 Marshmallow with the Panasonic FitHome user interface on top of it. There is 3GB RAM and 32 GB Internal memory in the phone apart from an expandable storage slot that can hold a micro SD card of up to 32 GB.

Available in textured back with champagne gold colour, the 8.1mm thin Eluga Note supports 4G VoLTE for faster data access and good voice quality. It has an inbuilt IR sensor which allows a user to give commands to IR based smart home appliances such as TVs, DVD players and ACs.

Besides, the Panasonic Eluga Note has Bluetooth 4.0, WiFi Hotspot, WiFi Direct, AGPS and FM radio with RDS. There is an Ambient Light sensor, Accelerometer, and Proximity sensor in the phone as well. The handset weighs 142 gram.