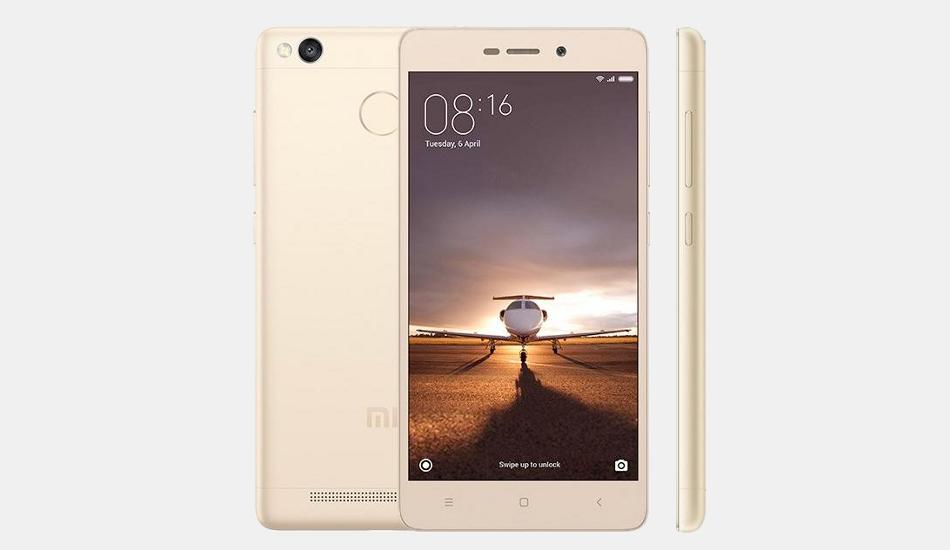 Here we have selected top 5 best smartphones in this price range, which are worth your money.

If someone is looking to buy a budget smartphone under Rs 7,000 with decent specifications, it’s quite difficult to shortlist the right device from the market where almost all mobile brands have their phones in this lucrative price range. So here we have selected top 5 best smartphones under Rs 7,000 which are worth your money and offers respectable performance, adequate battery life and most importantly these days, a good camera.

Xiaomi Redmi 3s 2GB was launched in August last year at Rs 6999 and can be considered as the best smartphone under Rs 7,000 to buy. The smartphone come in Dark Grey, Silver and Gold colours.

The Xiaomi Redmi 3S comes with 16GB of internal storage, which is further expandable by up-to 128GB via a micro SD card. The smartphone boasts a 13-megapixel autofocus rear camera with LED flash and a 5-megapixel front camera. it also features HDR and HHT (handheld twilight) modes for various shooting conditions On the connectivity front, the device offers 4G VoLTE, Bluetooth 4.1, WiFi (802.11 b/g/n), GPS with AGS/GLONASS Micro-USB 2.0 and an IR blaster. The handset measures 139.3 x 69.6 x 8.5mm and weighs 144 grams.

Recently launched Micromax Vdeo 5 is priced at Rs 6,749 and is available through brick and mortar stores only in Gold and Black Grey colours. It features a 5.5-inch HD (1280×720 pixels) IPS display with Corning Gorilla Glass protection. It is powered by a 1.3GHz quad-core Spreadtrum (SC9832) processor along with 1GB of RAM and 8GB of internal storage, with an expandable storage up to 32GB. 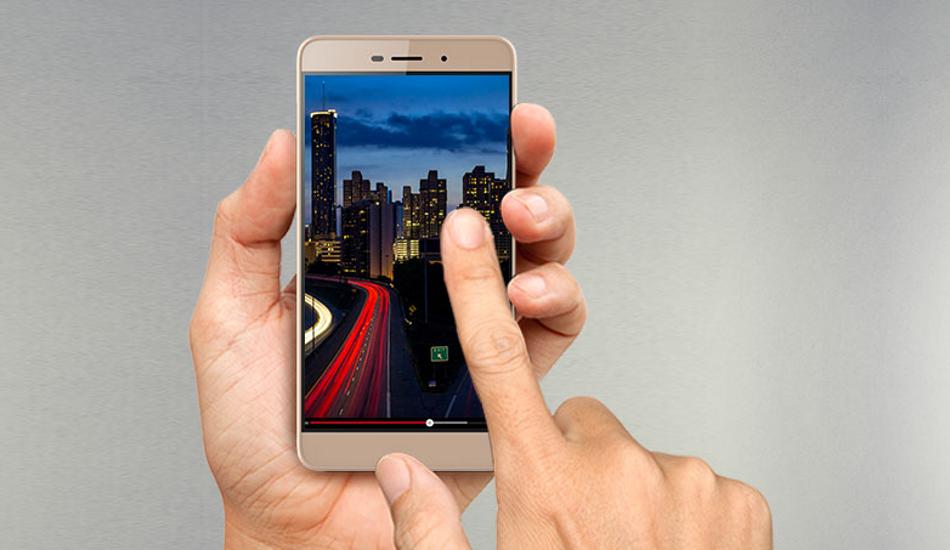 The Vdeo 5 also comes bundled with a Jio SIM which will enable users to avail free data and voice calling under the Happy New Year offer which is now valid until March 2017. Apart from that, Google’s video calling app, Duo, has also been preloaded onto the device. 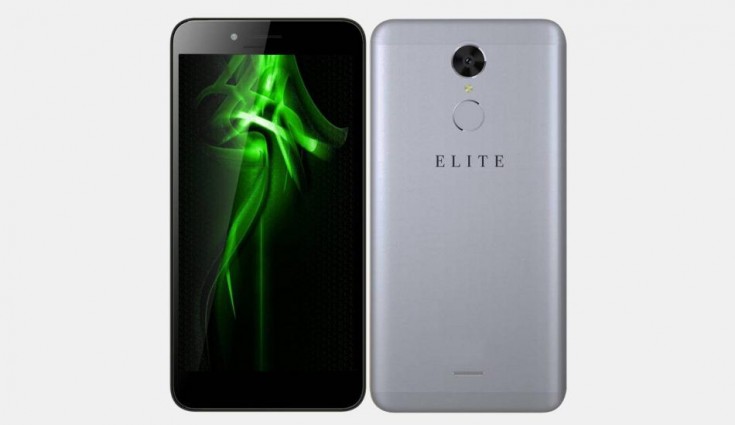 Jumping straight to tech specifications, it features a 5.5-inch HD IPS display with a resolution of 1280 x 720 pixels. It is fueled by a 1.1 GHz quad-core Qualcomm Snapdragon 210 (MSM8909) processor, which is paired with Adreno 304 graphic processor. The smartphone comes with 2GB of RAM and 16GB of internal storage, which can be further expandable up to 32GB via microSD card. The smartphone runs on Android 6.0 Marshmallow operating system and is backed up by a good 4000mAh battery, which claims to provide up to 240 hours of standby time, upto 15 hours of 3G talk time or 13 hours of Wi-Fi web browsing.

Xolo Era 2X smartphone was launched in India last month and is available for purchase through Flipkart. The smartphone comes in two variants, 2GB RAM and 3GB RAM, priced at Rs 6,666 and Rs 7,499 respectively. 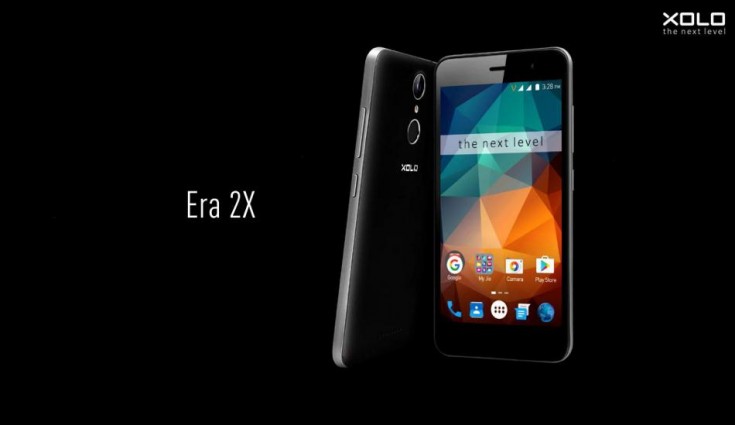 As far as specifications are concerned, the Xolo Era 2X features a 5-inch HD OnCell display with 1280×720 pixels resolution and comes equipped with a 1.25GHz quad-core MediaTeK MT6737 processor along with 2GB/3GB of RAM, Mali-T720MP1 GPU. The smartphone has 16GB of internal storage and an expandable storage slot for up to a 32GB micro SD card. The smartphone runs on Android 6.0 Marshmallow operating system.

The Era 2X gets its power from a 2500 mAh removable Li-Po battery, which claims to offer 14 days of standby time. On the camera front, the smartphone sports an 8-megapixel autofocus rear camera with f/2.0 aperture, LED Flash and a 5-megapixel camera on in its front for selfies and video calling. The smartphone comes with various features that include, tap to unlock the phone in 0.5 sec, tap to Secure, tap to capture, tap to talk and all this will be done with the help of multi-purpose fingerprint scanner, which will be placed on its back panel. Besides, the smartphone offers Dual SIM, 4G with VoLTE, WiFi 802.11 b/g/n, WiFi Hotspot, Bluetooth, GPS, and a micro USB port.

The Coolpad Mega 2.5D was launched in July last year for Rs 6,999 and is available for purchase through Amazon India. The Mega 2.5D smartphone comes in pure gold, grey and champagne white colour options. 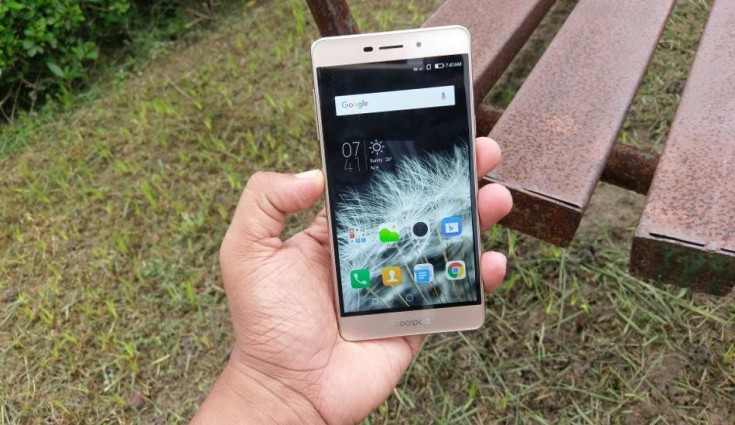 The Coolpad Mega 2.5D has a 5.5 inch IPS display with high definition (1280×720 pixels) resolution. It has the latest Android 6.0 Marshmallow operating system with Cool UI 8.0 interface. The phone has two SIM slots and both are capable of accommodating 4G SIMS. Unfortunately, it is a hybrid SIM slot and hence if you use two SIMs, you have to forgo expandable storage. The smartphone comes packed with a 2500 mAh battery, which claims to deliver up-to 8 hours of talk-time and up-to 150 hours on standby time.

The Mega 2.5D is armed with Mediatek’s MT6753P quad-core processor, which is clubbed with Mali-T720 GPU, 3GB RAM, and 16 GB of internal storage, with an option to expand up to 32GB with a microSD card. On the camera front, the phone has 8-megapixel camera both on its front and rear panels. The device is measured by 7.85 mm of thickness and is the weight around 140 grams. The smartphone offers all basic connectivity functions like WiFi (802.11 b/g/n), Bluetooth 4.0, GPS, and a microUSB port.