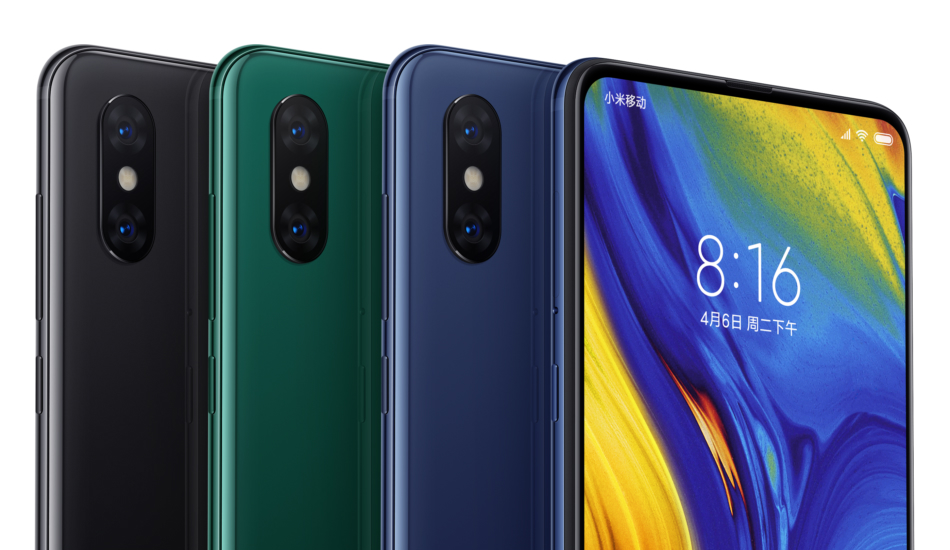 Xiaomi announced the Mi Mix 3 smartphone with a bezel-less display and dual rear cameras that went on to surpass the iPhone X and Huawei P20 at DxOmark ratings with a score of 103 points. Xiaomi has now revealed that the Mi 8 and Mi Mix 2S smartphone which were released earlier this year, will be able to click similar good quality photos with a simple software tweaking.

Looking at the camera on the Mi Mix 3, the device houses a dual camera setup for primary imaging. The setup includes a 12MP Sony IMX363 (1.4µm pixel size, OIS, Dual Pixel autofocus) sensor as well as a 12MP Samsung S5K3M3+ telephoto lens with AI portraits, has AI scene recognition and loss-less zoom. The camera will be able to shoot 4K videos and offers 960 fps slow-motion video recording with Steady night photography without a tripod.

While the Mi Mix 3 has achieved praises for being a decent offering in terms of its camera with 103 points, the Mi 8 and Mi Mix 2S does not lag behind by much at 99 points and 97 points respectively. With slight tweaking, the two older smartphones will be able to perform better in the camera department with better photo quality and integrated AI.

If you missed out on yesterday’s launch, the Mi Mix 3 features a 6.39-inch Full HD+ AMOLED display which has a resolution of 2340 × 1080 pixels and an aspect ratio of 19:5:9. The display has a high screen-to-body ratio of 93.4 percent and is well lit under bright sunlight at 600 nits. The device is powered by a Snapdragon 845 processor with Adreno 630 GPU, 6GB/8GB/10GB RAM and 128GB/256GB storage configurations. The Mix 3 has a ceramic back panel with a fingerprint sensor at the centre and houses a dual 12MP + 12MP camera setup for primary imaging.

Xiaomi has employed a magnetic slider design which equips a 24-megapixel Sony IMX576 camera as well as a 2-megapixel depth-of-field sensor and a flash. The device runs on Android 8.1 (Oreo) with MIUI 10 and is fuelled by a 3,850mAh battery with fast charging and 10W Qi wireless charging support.