The successor to the Mi Mix 2 features a 6.39-inch Full HD+ AMOLED display which has a resolution of 2340 × 1080 pixels and an aspect ratio of 19:5:9. Xiaomi has employed a magnetic slider design which equips a 24-megapixel Sony IMX576 camera as well as a 2-megapixel depth-of-field sensor and a flash.

At an event in China, Xiaomi has announced the Mi Mix 3 smartphone. The latest bezel-less smartphone in its featured Mi Mix line that comes with a sliding unit which hosts dual camera for selfies and face unlock, a large no-notch display on the front and dual cameras at the back.

The successor to the Mi Mix 2 features a 6.39-inch Full HD+ AMOLED display which has a resolution of 2340 × 1080 pixels and an aspect ratio of 19:5:9. With a reduced bottom chin which is now 4.46mm thinner than that of its predecessor, the Mi Mix 3 will boast of a large screen real estate that doesn’t feature a notch at the top. The display thus has a high screen-to-body ratio of 93.4 percent and is well lit under bright sunlight at 600 nits.

To reduce the size of bezels and not incorporate the dreaded notch, Xiaomi has employed a magnetic slider design which equips a 24-megapixel Sony IMX576 camera as well as a 2-megapixel depth-of-field sensor and a flash. The slider which is mechanical in nature, unlike that of the Oppo Find X or the Vivo Nex, consists of neodymium permanent magnets that make sliding the front screen more reliable to mechanical stress. Users will be able to execute several functions using the sliding mechanism including answering a call, opening shortcuts or clicking a selfie. Xiaomi says that the slider mechanism will last a user to up to 300,000 cycles. 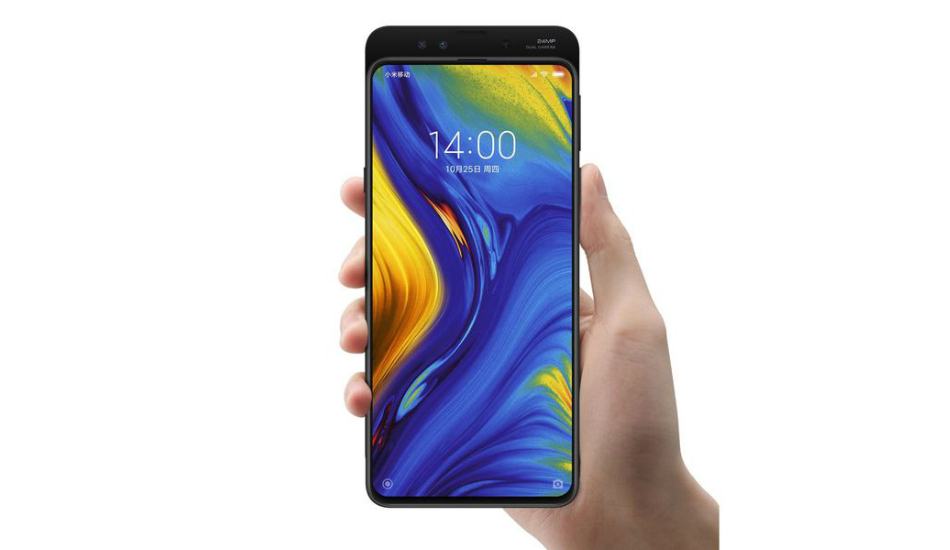 The Mix 3 has a ceramic back panel with a fingerprint sensor at the centre and houses a dual camera setup for primary imaging. The setup includes a 12MP Sony IMX363 (1.4µm pixel size, OIS, Dual Pixel autofocus) sensor as well as a 12MP Samsung S5K3M3+ telephoto lens with AI portraits, has AI scene recognition and loss-less zoom. The camera will be able to shoot 4K videos and offers 960 fps slow-motion video recording with Steady night photography without a tripod.

As for the specs, the Mi Mix 3 is powered by a 2.8GHz Octa-Core Snapdragon 845 processor with Adreno 630 GPU, 6GB/8GB/10GB RAM and 128GB/256GB storage configurations. This is the first time an Android smartphone is making use of 10GB RAM which only arrives in the most expensive “Forbidden City” special edition variant. 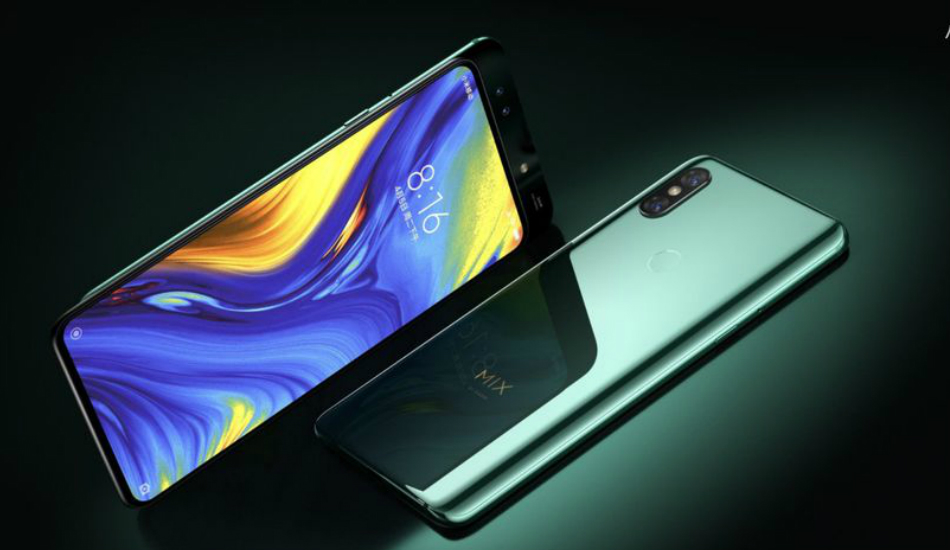 Xiaomi is hosting ‘Diwali with Mi’ sale during October 23 - 25