Xiaomi India is gearing up to launch a new laptop in India soon under the Pro series called Xiaomi NoteBook Pro 120G. 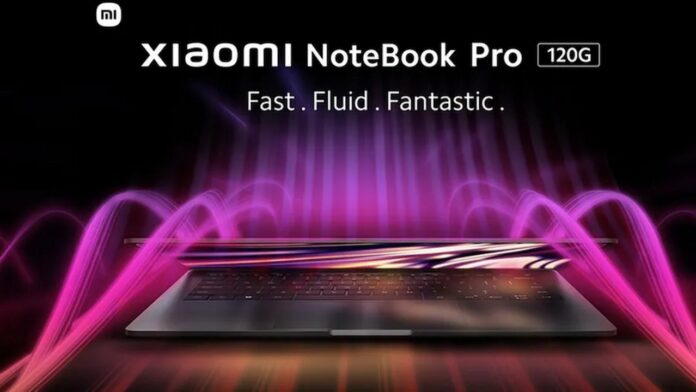 Xiaomi India is all set to launch two new products in India on August 30. The company has been teasing that the Xiaomi NoteBook Pro 120G laptop and the Xiaomi Smart TV X series will be launched in the country on August 30.

Xiaomi has announced the launch date of the upcoming laptop via its official website. The microsite on the company’s website is now live. The microsite comes with the tagline “Fast. Fluid. Fantastic”. This suggests that the laptop will have fast and fluid performance.

The 120G word in the name of the laptop might suggest the latest 12th Intel processor or 120Hz screen. The specifications of the upcoming Xiaomi laptop are yet to be revealed by the company.

The Xiaomi Smart TV X series, on the other hand, has been teased with the tag line “4K Your New Resolution,” on the microsite. It suggests that the series might include a series of 4K televisions that will come in various sizes. The microsite also doesn’t reveal any specifications of the upcoming TV.

Recently, the Xiaomi Smart TV 5A Pro was launched in India at a price of Rs 16,999. The TV comes with 24W speakers, Dolby Audio and DTS:X technology for a surround sound experience. It is powered by a Quad Core Cortex A55 processor and integrates 50 percent more RAM for a better performance than its sibling. The television also features an expanded RAM of 1.5 GB along with 8 GB of storage.

The Xiaomi Smart TV 5A Pro 32 also features the latest version of Patchwall based on Android TV 11. The consistent software experience on PatchWall offers deep integration with 30+ international and Indian content partners and also make smart recommendations and content from 15+ languages.