The leak shows the phone in three colours - blue, grey, and white; all of which have a gradient design of their own. The Mi A3 will feature a waterdrop notch on the top portion of the display which will be a 6-inch 2240x1080 AMOLED screen. There will be a triple camera setup at the back and a 3.5mm headphone jack at the top.

After officially getting teased yesterday, Xiaomi’s Android One-based Mi A3 has now been leaked through official-like renders. While the device’s specifications are still unknown, the images reveal several key information about the build, camera, display and the port layout of the upcoming Android One smartphone.

Twitter tipster Roland Quandt and folks at WinFuture have shared images of what will be Xiaomi’s Mi A3 Android One phone. The leak shows the phone in three colours - blue, grey, and white; all of which have a gradient design of their own. 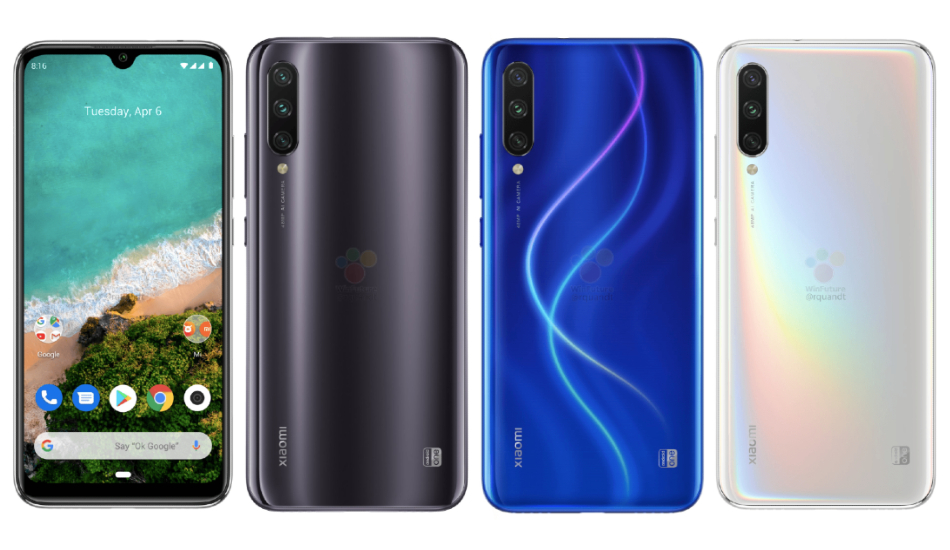 It’s unclear whether the Mi A3 will employ a glass back or some kind of a polycarbonate body for its back panel. However, the renders hint that Xiaomi could integrate an in-display fingerprint scanner on the phone since there’s no room for the sensor at the back. 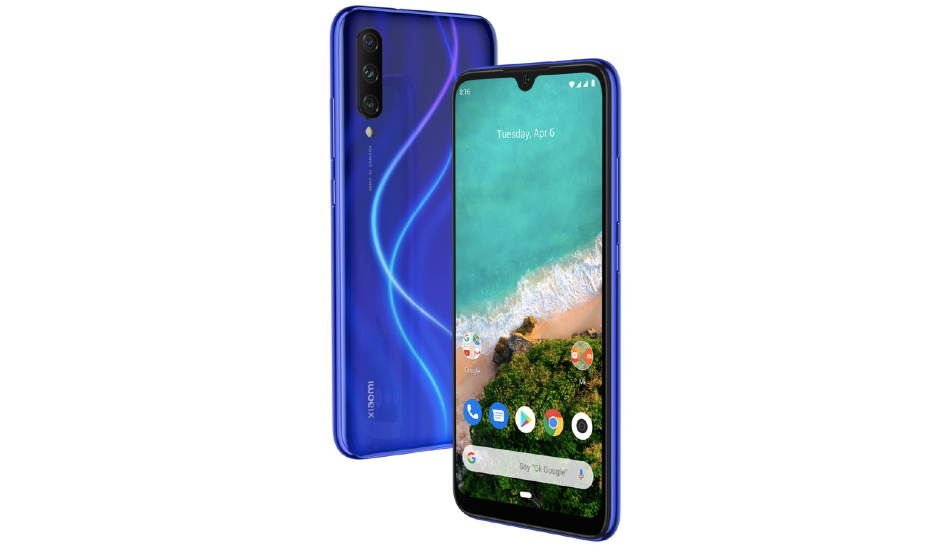 Another key detail revealed through the renders is that the Mi A3 will feature a waterdrop notch on the top portion of the display which will be a 6-inch 2240x1080 AMOLED screen. The renders also give a glimpse of the triple camera setup at the back which is expected to be of a 48MP + 8MP + 2MP configuration, similar to the one found on the Mi CC9 that was announced earlier this month.

A look at the top section of the Xiaomi Android One phone also reveals that the device will equip a 3.5mm headphone jack alongside what looks like an IR blaster and a secondary mic. 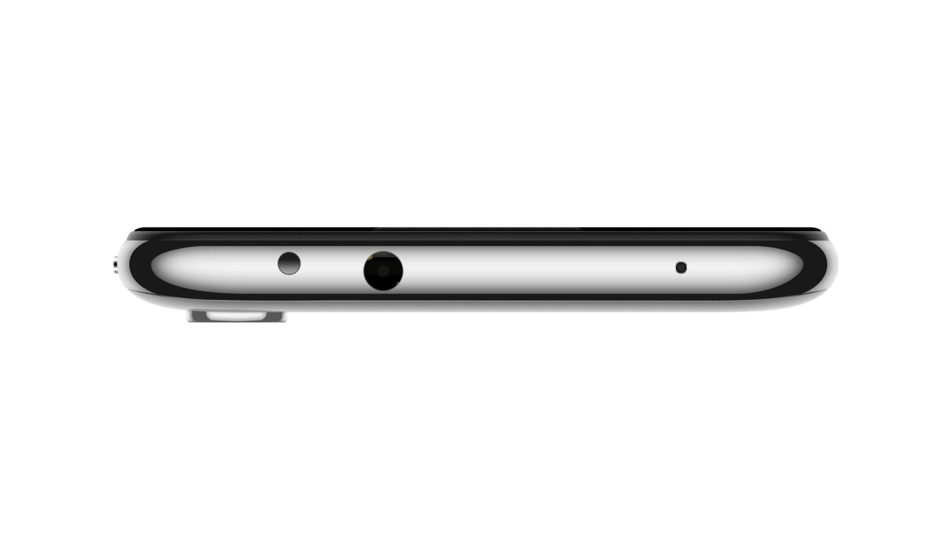 Specifications of the device aren’t clear at the moment as previous rumours suggested a Snapdragon 730-powered phone. Meanwhile, Quandt suggests the Mi A3 could instead be powered by a Snapdragon 665 with an FHD+ 1080p screen. Upon release, the device is expected to be running on pure Android 9 Pie with promised updates for two years.

Having launched its predecessor in July last year, we can expect the Mi A3 to be announced in the coming weeks.

Xiaomi Mi A3 and A3 Lite might feature Snapdragon 700 series