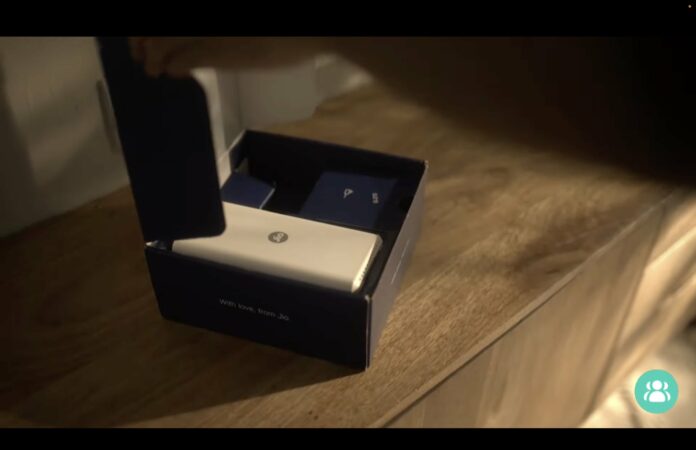 Akash Ambani, chairman of Reliance Jio, announced the launch of an upcoming WiFi hotspot – JioAirFiber, that will allow consumers to access fibre-like speeds anywhere they are at Reliance Industries AGM. His announcement follows the announcement of Jio’s 5G rollout plan, which will begin from Diwali.

JioCloud PC announced as a replacement for computers

Jio 5G will be the world’s largest 5G network

“Jio 5G gives ultra-high fibre-like speed over the air without any wires. We are calling it JioAirFiber. With JioAirFiber, it will be a real easy to connect your home or office to Gigabit-speed Internet quickly,” Akash said at the AGM.

Jio calls JioAirFiber a “wireless, simple, single-device solution”. “Get it, plug it in, and that’s it. You now have your personal WiFi hotspot,” Akash said at the event. He added that JioAirFiber is connected to ultra-high-speed Internet using the True 5G network and eliminates the need for wires by using wireless technology to send high-speed Internet through the air.

As per Akash, JioAirFiber is better for gaming, video streaming, and on-the-go usage due to its low latency. It also allows users to watch different camera angles simultaneously with ultra-high definition.

What is WiFi Hotspot?

A WiFi hotspot is simply a wireless access point that allows devices to connect to the Internet. Hotspots can be found in public places like airports, coffee shops, and libraries. They usually have a range of about 30 feet, so you can typically wander around a bit and still stay connected.

While some hotspots are free to use, others require a paid subscription. When connecting to a hotspot, users will be prompted to enter their username and password. Once authenticated, they will be able to access the Internet. It usually happens in Hotels.

WiFi hotspots can be a great way to stay connected while on the go. However, it is important to remember that these public connections are not always secure. So be sure to visit websites you trust when using a public WiFi hotspot.

How to Set Up a WiFi Hotspot

This usually involves opening up the router’s settings page and entering information about your hotspots, such as its name and password. Once your hotspot is set up, you should be able to connect to it just like any other WiFi network.

So here comes Jio. They will offer AirFiber, which is a wireless WiFi hotspot connected to Reliance Jio 5G via hardware called AirFiber Home Gateway. So it will be more like a private WiFi Hotspot for your home or office.

Pros and Cons of Using a WiFi Hotspot

If you’re considering using a public WiFi hotspot, there are pros and cons to consider. On the plus side, hotspots can be convenient and portable, making it easy to get online. They can also save you money if you’re careful about using them. However, there are some potential downsides to consider as well. Hotspots can be expensive to use, and they can be a drain on your battery if the network is patchy. It would help if you also were careful about security when using a hotspot, as it’s relatively easy for someone to snoop on your traffic.

What to expect from JioAirFiber?

We have to wait for Jio to make AirFiber commercially available to know what is there for customers. Also, its adoption will depend on Network availability, hardware pricing, and data price.