Vivo Watch 2 design has been revealed by the company on its official Weibo handle. At the same, a Weibo user has tipped the pricing of watch. 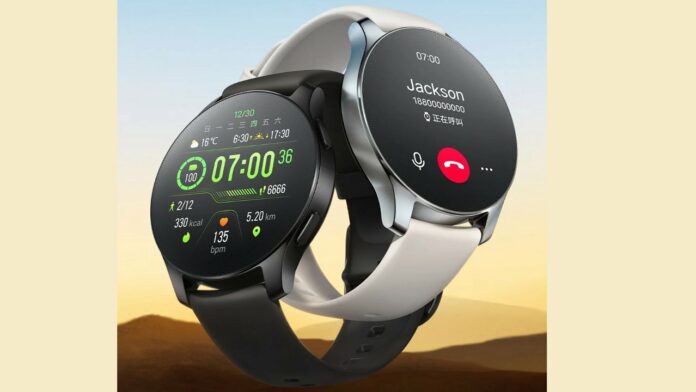 The Vivo Watch 2 smartwatch will be announced alongside the S12 series on December 22 in China. Now ahead of the launch, the design of Vivo Watch 2 has been revealed via an official image. Alongside, the pricing details of the smartwatch has also been tipped.

As per the official image shared by Vivo on its Weibo handle, the Vivo Watch 2 will feature a round-shaped dial with silicone straps, which will be available in black and white options.

The watch will also come with voice calls, heart rate tracking and step counter features. In addition, Vivo has also confirmed that Vivo Watch 2 can offer up to 7 days of battery life.

As for the pricing, a Weibo user has tipped that the watch will come in Bluetooth and eSIM variants in a 46mm size option. The leak suggests that the Bluetooth variant will be priced at CNY 1,299 (roughly Rs. 15,500) and the eSIM version will cost CNY 1,699 (roughly Rs. 20,300).

As per earlier leaks, the Vivo Watch 2 will sport an OLED display. In addition, the new wearable will pack a 510mAh battery and it will support eSIM functionality.

The watch will support three networks with eUICC support. The Vivo Watch 2 will support more apps and will have long battery life.

Vivo Watch 2 will feature Bluetooth 5.1 for connectivity along with 4G LTE functionality. This will be achieved via an eSIM that should help you in making calls with the smartwatch itself. The wearable from Vivo should also have support for more third-party applications.