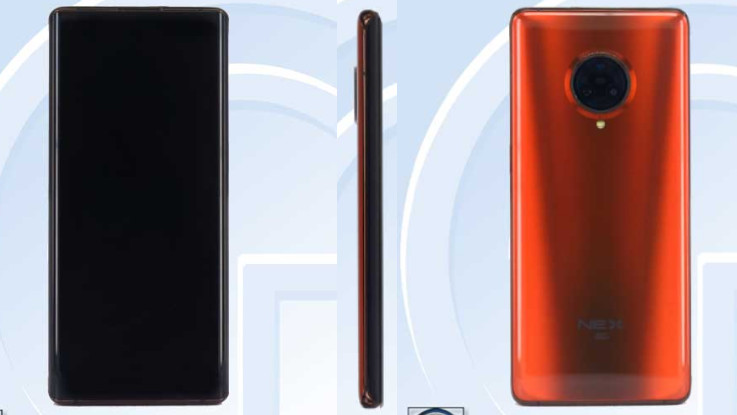 The smartphone will be officially launched in China on 10 March at a launch event at 2:30 PM local time. Vivo has shared a teaser poster which reveals that the phone will have a notch less display with negligible bezels on all sides. It will be featuring a waterfall screen. The phone is said to come powered by Qualcomm Snapdragon 865 SoC. 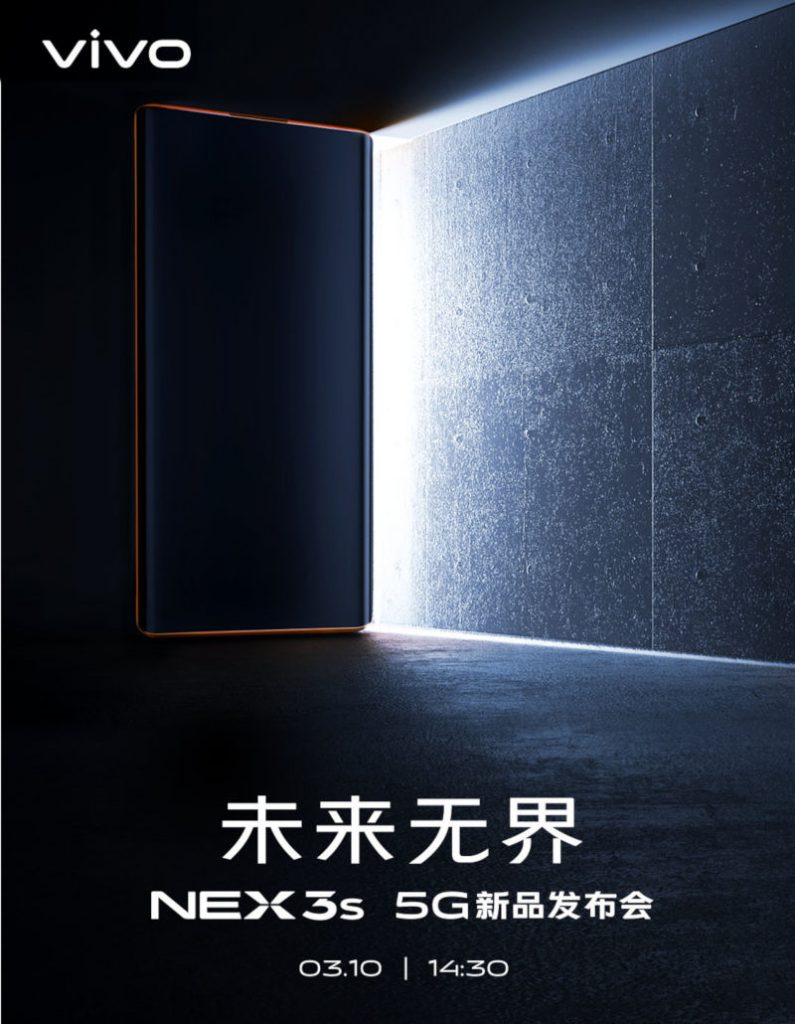 Meanwhile, a Weibo user Digital Chat Station has revealed in a post that Vivo NEX 3S 5G could be priced over 5,000 Yuan in China. The phone will come with Snapdragon 865 mobile platform, LPDDR5 RAM and UFS 3.1 storage.

Recently, a Vivo phone with model number V1950A which is rumoured to be the Nex 3S 5G was spotted on TENAA. The listing reveals that the phone will feature a 6.89-inch AMOLED display with a screen resolution of 2256 x 1080 pixels. It will come powered by Qualcomm Snapdragon 865 SoC, along with 8GB of RAM and 128GB and 256GB internal storage.

For the camera, Vivo Nex 3S 5G will have a triple rear camera setup is listed to include a 64-megapixel primary lens along with 13-megapixel secondary sensor and a 13-megapixel third sensor. For the front, there is a 16-megapixel pop-up shooter.