Vi has announced the launch of a 4G Wireless Portable router. 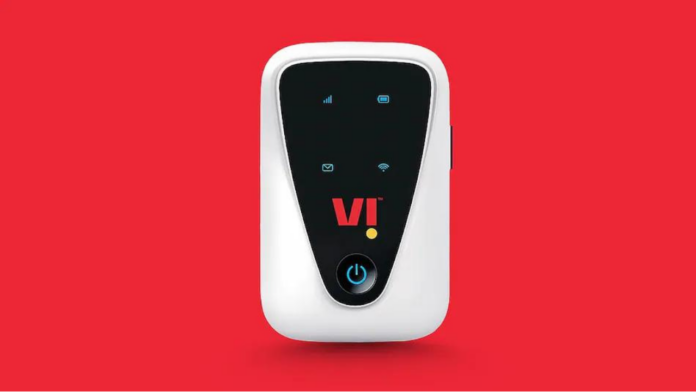 Vi has brought up a new device in India for 4G postpaid users which is called the Vi MiFi. The MiFi from Vi is a portable wireless router that can deliver speeds up to 150mbps and the user can connect up to ten Wi-Fi enabled devices with the router. Moreover, the router is claimed to last up to five hours on a single charge.

The Vi MiFi Portable 4G Router comes with a 2700mAh battery that gives users a 5-hour battery backup. In addition, the router offers speeds of up to 150Mbps on a 4G connection for customers on a Vi postpaid plan. Further, the device is designed to operate with Vi postpaid connections and create a personal hotspot to which users can connect to.

According to the telco operator, the wireless router is capable of connecting to up to 10 Wi-Fi enabled devices simultaneously. These devices could include smartphones, laptops, smart TVs, tablets, CCTVs, and smart speakers. Lastly, the wireless router has a 1-year warranty.

Apart from that, in recent news related to the operator, Vodafone Idea also launched the Vi Games on the Vi App for gaming enthusiasts in India. This has been launched in partnership with Nazara Technologies Limited, an India based diversified gaming and sports media company. Through this association, the company says that the Vi customers will get access to a wide range of gaming content. In addition, this will include popular game titles from various franchises in India on its gaming platform.