Tecno Pova 5G has been confirmed to launch in India next week. The phone will be available for purchase for sale on Amazon India. 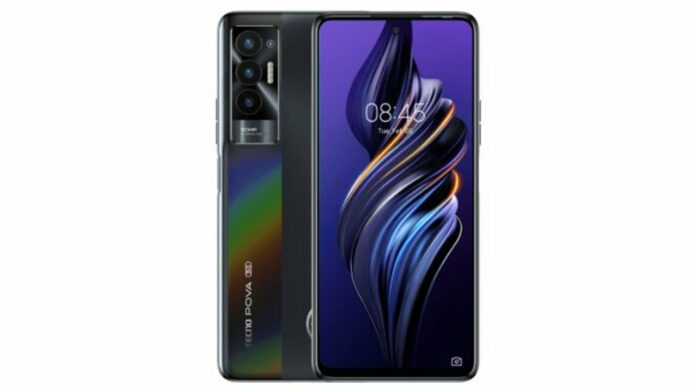 Tecno’s first-ever 5G smartphone called Tecno Pova 5G is all set to launch in India. The company has been teasing the launch since the last few days. Now, the company has officially confirmed the launch time of the Pova 5G for the Indian market.

On its Twitter handle, Tecno has confirmed to launch the Tecno Pova 5G in India next week. The phone will be available for purchase for sale on Amazon India after its launch. Have a look at the tweet below:

Arijeet Talapatra, CEO of Transsion India, last month revealed that the Tecno Pova 5G will be priced between Rs. 18,000 and 20,000 in India.

The Tecno Pova 5G was launched in Nigeria last year. The phone features a 6.95-inch full HD+ display with 1080 x 2460 pixel resolution. Further, the display has 480ppi pixel density, an 82.8 percent screen-to-body ratio, and a 120Hz refresh rate. The display also has a centred punch-hole notch to house the front selfie shooter.

Tecno Pova 5G packs an octa-core MediaTek Dimensity 900 processor paired with the Mali G68 GPU. It has 8GB of LPDDR5 RAM and 128GB of UFS 3.1 storage. The storage is expandable via microSD card. It also offers 3GB virtual RAM.