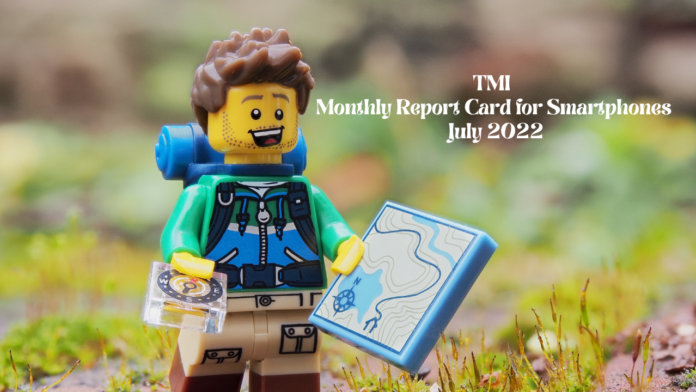 The Indian smartphone market showed signs of returning to business as usual in July 2022, with a larger number of launches than the shockingly low eight models seen in June as per our TMI Monthly Report Card for Smartphones July 2022. However, change definitely seemed to be in the air, with different brands coming to the fore even as established players seemed oddly on the backfoot. Here are the trends of what was a very intriguing month for the Indian smartphone business:

A rise in the number of launches at last

July saw the second highest number of phone launches in the year so far, and a welcome change from the very bare June, which saw just 8 models with 5 variants being launched. A total of 26 models with 34 variants were launched in the month, second only to the 28 models and 51 variants launched in February. Interestingly though, more variants (49 and 44) were launched in March and April, although these were from only 24 models. This also indicates that brands in July came out with fewer RAM and storage variants.

A slim time for the mid and premium segments

And the brand with the most launches is…Tecno!

The big brands seem to have taken their hands off the launch pedal over the past few months. In June, Motorola surprised us by being the brand with the most launches. And in July, it was the turn of Tecno, which led the launches with a total of five phones launched. Samsung took second place with four phones. An interesting point to note is that all of Tecno’s phones were launched below Rs 15,000, highlighting just how important the segment was in July.

Almost everyone launched something (even Nothing!)

Those who stayed silent

There were no launches in July from iQoo, Poco, Micromax and Apple. Of these, iQoo and Poco’s absence is telling as these have been relatively busy brands and have even been emerging as rivals to each other. Apple of course, just has two major launches at most in a year, and as for Micromax, we are waiting for the next chapter in the promised great comeback!

Realme stays busy, is Moto on the way back

In a year in which brands like Xiaomi and Samsung have sometimes gone quiet, Realme remains the only brand to have launched in every month of the year so far, even though it had a relatively quiet July with only two launches. Interestingly, former market leader Motorola seems to be focusing more on India this year and has launched in every month except for March. The other top brands have been relatively consistent as well, although most have missed out on the odd month here and there.

One newcomer, one comeback

The month saw the arrival of a new brand on the India smartphone scene – Carl Pei’s Nothing launched its first phone, the Phone 1 with three variants. July also saw Google return to the Indian market after a two-year sabbatical, releasing the Pixel 6a. It remains to be seen if these brands will be busy in subsequent months or will restrict themselves to occasional launches.

As this is being written, we have already seen a few very high-profile launches in August from OnePlus and iQoo. And this trend is expected to continue with Samsung announcing a new series of Foldables and new devices also expected from Vivo, Oppo and of course, Realme. One brand we are curious about is Xiaomi, which has been relatively quiet by its standards. Will it make a big comeback in August or stick to fewer launches? Stay tuned.