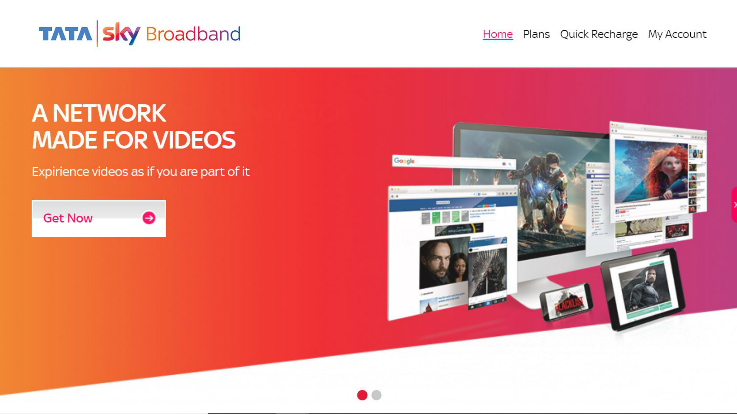 Tata Sky broadband unlimited data plans will soon come with a FUP limit of 1500GB of data per month.

Tata Sky Broadband has announced that it will now be putting FUP limits on its unlimited data plans. Till now, the unlimited broadband plans came with no cap on data or speed.

The service provider has updated its website mentioning that unlimited data plans will soon come with a FUP limit of 1500GB of data per month after which the speed will be reduced. After the 1500GB FUP limit has been reached, the data speed will be throttled to 2 Mbps for the rest of the month.

The company website says “For Unlimited Data plans, speed will reduce to 2Mbps after 1500GB data consumption.” This restriction will be applicable on all of its unlimited broadband data plans.

Currently, Tata Sky Broadband offers three unlimited plans in the country including Rs 900, Rs 1000 and Rs 1100. All the broadband plans offer unlimited data without any limit. The Rs 900 plan comes with 25Mbps speeds, Rs 1000 comes with 50Mbps speeds and Rs 1100 pack comes with 100Mbps. The plans are available with 3 months, 6 months and 12 months payments options as well.