Tata Sky, a DTH operator, reduced the price of  Binge Plus set-top-box which is based on Android TV. It was launched at a price of Rs 5,999, then it got reduced down to Rs 3,999 and now a further price cut has brought the price down to Rs 2,999.

The price cut is a result for attracting new customers to the platform, and at Rs 2,999, the deal is pretty good. 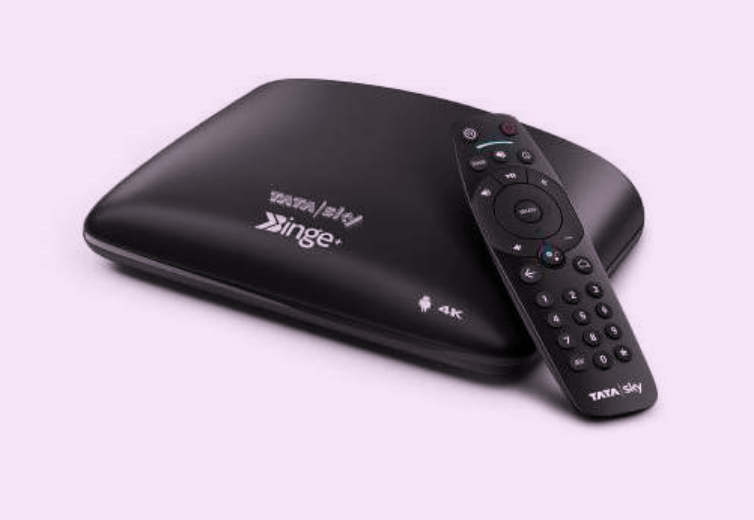 Tata Sky Binge Plus is a set-top-box (STB) that offers all live channels like a normal STB and simultaneously also offers Android TV so you can enjoy OTT services like Hotstar, Zee5, Amazon Prime Video, etc. It also has Google's services like the Google Assistant, Built-in Chromecast, and the Play Store through which you can download a bunch of other apps. It has a memory of 8GB and RAM of 2GB. The memory is expandable with the help of an SD Card.

Customers can avail 6-months of free access to premium OTT content from Disney+ Hotstar, SunNxt, Hungama Play, Eros Now and ShemarooMe as a part of the offering, in addition to 3-months of Amazon Prime subscription at no extra cost. After the 6 month period ends, the user will have to pay Rs 299 per month (which got increased from Rs 249) for the Binge service.

It is compatible with all types of TVs including 4K, HD LED, LCD, or plasma technology as it supports HDMI output and can also be connected to older TV sets over audio and video cable.

Tata Sky Binge+  provides the benefit of six months of OTT content that the user can watch on their STBs including 7 days missed shows.