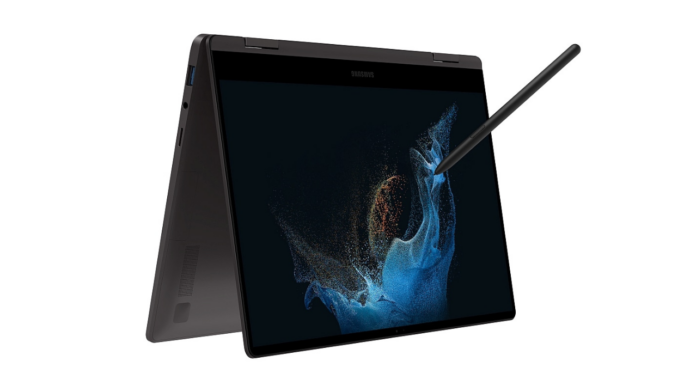 Sandeep Poswal, General Manager and Head of New Computing Business at Samsung India told the publication that the new Samsung Galaxy Book laptops will be priced starting under Rs 40,000 in the country.

Both the Samsung laptop comes in two sizes including 13.3-inch and 15.6-inch with full-HD+ (1,920×1080 pixels) Super AMOLED display options with that have brightness up to 500 nits. Under the hood, the laptops are powered by the 12th Gen Intel Core i5 and Core i7 processors. Both come with up to 32GB of LPDDR5 RAM and up to 1TB of NVMe SSD storage.

The Galaxy Book 2 Pro 360 13.3-inch model is backed by a 63Wh battery, while the 15.6-inch model comes with a 68Wh battery. Both the models support for 65W charging over a USB Type-C port. Both models also offer S Pen support.

Connectivity options include a Thunderbolt 4 port, a USB Type-C port, 2 x USB 3.2 Type-A ports, an HDMI port, a 3.5mm headphone jack, and a microSD card reader. You get Bluetooth 5.2 and Wi-Fi 6E for wireless connectivity.

Further, for audio, the two laptops also come with dual stereo speakers with Dolby Atmos. Besides, both run Windows 11. Lastly, the laptops will be available in Graphite and Silver colour options.