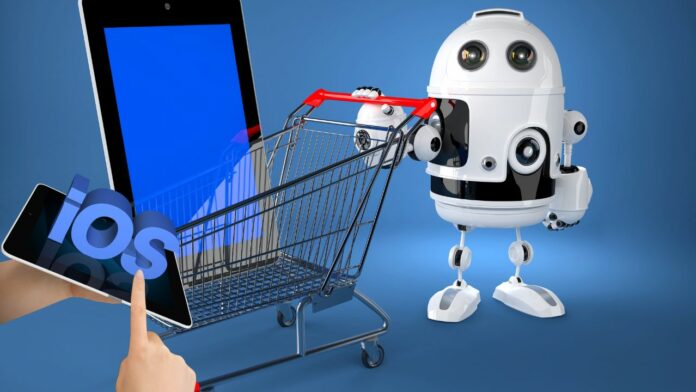 Every iPhone launch is followed by a battle between Android and iPhone fans, with each side claiming that the other has copied features from it. While both platforms seem to have indeed been ‘inspired’ by each other from time to time, they remain very different from each other. There still is a lot that they can learn from each other. In fact, we really wish Android would copy these six features from the iPhone:

Apple brought a secure face unlock to the iPhone with the iPhone X in 2017. We are now in 2022, and there are barely a handful of Android phones that have this feature. Almost all of them have some sort of face unlock, but hardly any of them are secure. In fact, we are often warned while setting up face unlock on Android devices that the fingerprint scanner is way more secure.

A notch that actually does something beyond selfies

All right, this flows from the first point but is actually important enough to merit a point of its own. A lot of Android phone manufacturers made fun of the notch on the iPhone X when it was released. And then, as is often the case, they all copied it. However, whereas the notch on the iPhone had a clear function – to enable Face ID – the notches on Android have been mainly about housing the selfie camera. As Apple adds more to its notch with the Dynamic Island, we really hope Android brands would make the notch on Android phones about more than taking selfies.

Yes, we know that there are even ads on iPhone apps, but Android is streets ahead in this regard. It is only now that the OS has made apps ask for permission before sending you notifications or sharing data. Given the world, we are living in and the increasing fragility of data, we do wish Android would make data privacy as big a deal as the iPhone makes it (Privacy. That’s iPhone!).

Video calls from within the phone app

This might have seemed like a minor feature in late 2019, but with the pandemic and the lockdowns that followed, video calls have become a very important part of our lives. And while making a video call from one iPhone to another is as simple as opening the default phone app and choosing FaceTime, the default Android phone app still has no support for video calls, even though Google has its own Duo app for this purpose. It is 2022, and about time the phone app gave you the option to make both voice and video calls unless you want to use a third-party app.

No RAM and battery specs

We really wish this would happen. Yes, we do hear about the RAM and battery on iPhones when iPhones are opened up by tech experts and reviewers, but Apple itself never gives out RAM and battery numbers for the iPhones (other than in terms of hours for battery). Android phone brands, on the other hand, spend a lot of time on these two specs, and what’s worse, they tend to define them by numbers rather than actual performance. No, we do not actually see this happening, but it would be great if some brands do so. Android is so much more than numbers.

OS updates that are accessible immediately to all eligible users

We cannot let any iPhone vs Android debate pass without making this point. Android has been around for over a decade, and its update record is frankly pathetic. While a large number of iPhone users have already got iOS 16, at the moment of writing, not a single phone has been launched with Android 13, and only Pixel users in India have got access to Android 13 updates on their devices. Many brands with Android skins do not even have the same version of the skin on phones in their portfolio. We really think if Android can get close to iOS in this department, the gap between iOS and Android would disappear.