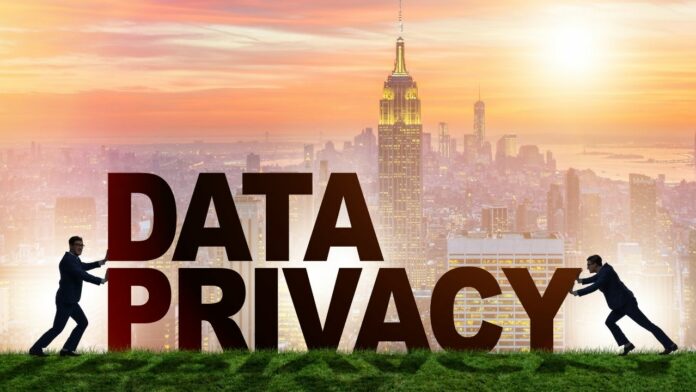 A young lady named Ellie opens a door in a music store and discovers herself at an auction. And guess what is being auctioned – her own data (Ellie’s Data Auction). She watches as people in the audience bid for her private e-mails, her purchases, her location data, her browsing history and so much more (even her contacts). She literally stands and sees her own digital life being sold to people in front of her. “It’s not creepy, it’s commerce,” the auctioneer announces to an eager audience, even as Ellie watches in horror.

That is not a scenario from a dystopian fantasy book or series. It is the latest iPhone ad, rather appropriately called Data Auction. And through it, Apple has once again highlighted something that other brands seem determined to ignore – the importance of user data.

This is not something that the brand has done for the first time either. Last year it had highlighted how giving your data at a single place could lead to it being shared among several people in its “Privacy on iPhone – Tracked” ad.

And before that, it had another ad where people randomly announced private information about themselves in public places.

User data privacy has been a big issue with Apple, and while other phone brands have been busy talking about camera megapixels, processors and designs, the Cupertino brand has been highlighting the importance of protecting the data of its users.

To give Apple credit, it does not merely talk of protecting user data, but actually builds in measures to do just that into its devices. For instance, in the latest ad, Ellie ends the auction (literally blowing up the auctioneer and the audience) by hitting a number of commands on her iPhone, stopping apps from tracking her and protecting mail activity. The fact that these measures to stop tracking are very effective is proved by the fact that Facebook’s Chief Financial Officer David Wehner admitted that Apple’s privacy measures could cost Facebook up to USD 10 billion in 2022, 8 per cent of its revenue.

This, unfortunately, and ironically, is in stark contrast to what other brands are doing. Ironically because Apple was the brand that was supposed to be a walled garden that restricted entry to others, while Google and others represented a more free and open world. Well, it is becoming increasingly apparent that this freedom also represents freedom to simply barter and sell the data of their users.

What’s even more disturbing is that none of these brands seems to actually be concerned about addressing this issue, even though they do pay a lot of lip service. We have used our share of non-Apple devices, but the option to stop an app from tracking your data seldom if ever appears up front.

Yes, you can go to the Settings and tweak things to improve privacy, but by default, your data is more often than not right out there. You seldom, if ever, get warnings that your data is being tracked. In fact, it is almost as if some brands try to make sure you do not get an option to protect your data – one is faced with long and difficult to understand terms and conditions while setting up a phone, and is often asked to sign up for “user experience programs” and even download third-party software, all of which potentially put your data at the disposal of the brand.

It is not as if an OS like Android does not have excellent privacy protection features or that smartphone manufacturers do not put measures of their own as well in their devices – it is just that Google and other brands do not seem to be as enthusiastic as Apple when it comes to promoting them.

Of course, this also stems from the revenue model of a number of brands. Compared to Apple, user data has much higher importance for the likes of Google and Facebook, who do not have the sort of hardware sales that Apple does.

It is therefore a little naive to expect them to encourage users to be more careful while sharing data. Also, let’s face it, all that data we share with Google and some other services does sometimes yield much better and effective search results and suggestions. However, what worries us is the fact that unlike on the iPhone, users on other platforms are not made aware that they have the option to actually stop this tracking.

We know that leveraging user data is part of a perfectly legitimate business model. And if used effectively, it can actually benefit users as well as brands. But is this actually happening? How many users would actually willingly give a site or app permission to track them if the option was presented upfront to them, or if doing so was easy? Not many, if the iPhone is an indication – the fact that Facebook has taken such a hit illustrates the fact that most users are not comfortable being tracked by apps.

It’s YOUR data, not the brand’s!

This is exactly why we think that Google, Facebook and others should take a leaf from Apple’s book and start giving users more control over their data. Yes, it might change revenue models, but at the end of the day, brands should never forget that they exist because of their consumers, not the other way around. And the least they can do for the consumers who invest in them, be it in terms of time, storage space or actual money, is to give them the option of protecting their own data.

To use the tagline of the latest Apple ad:

“It’s your data. iPhone keeps it that way.”

We so wish we could say the same about others.