Android 13 stable build is now rolling out to Pixel devices. 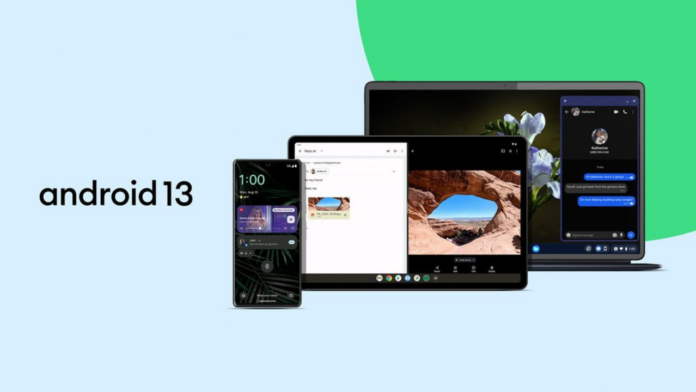 Android 13 Stable build has now been released for the Google Pixel smartphones. The latest version of Android brings new capabilities for your phone and tablet, like extending app colour theming to even more apps, language settings that can be set on an app level, improved privacy controls and much more.

Google’s Material You theming has now been improved further where you can now customize non-Google apps to match your phone’s wallpaper theme and colours, making your home screen more cohesive. Next, you can assign specific languages to individual apps to keep your phone’s system in one language and each of your apps in a different language.

The Media player has now been updated with improved visuals. For example, when you’re listening to music, the media player spotlights album artwork and has a playback bar that dances as you progress through a song. It even works for media played through Chrome.

As mentioned, the latest version of Android has improved privacy features as well. Now in Android 13, you can select only the specific photos and videos they’ll need to access. Also, if you copy sensitive data like your email address, phone number or login credentials on your device, Android will automatically clear your clipboard history after a period of time.

Then, the apps you download will now need your explicit permission to send notifications instead of being allowed to send notifications by default. Further, Android 13 has support for Spatial Audio on supported headphones. This Android version also allows you to stream your messaging apps directly to your Chromebook so you can send and receive messages from your laptop.

Android 13 adopts Bluetooth Low Energy (LE) Audio, a new Bluetooth audio standard that results in lower latency than classic audio. This allows you to hear audio that’s in better sync with the sound’s source, reducing delay. There are updates for Digital Wellbeing, an even more seamless experience with Chromebook, and more.

As for tablets, with the newly updated taskbar, you can see all your apps at a glance and easily drag and drop any app in your library into split-screen mode. In addition, android tablets will register your palm and stylus pen as separate touches. So whether you’re writing or drawing on your tablet, you’ll experience fewer accidental stray marks from simply resting your hand on the screen.