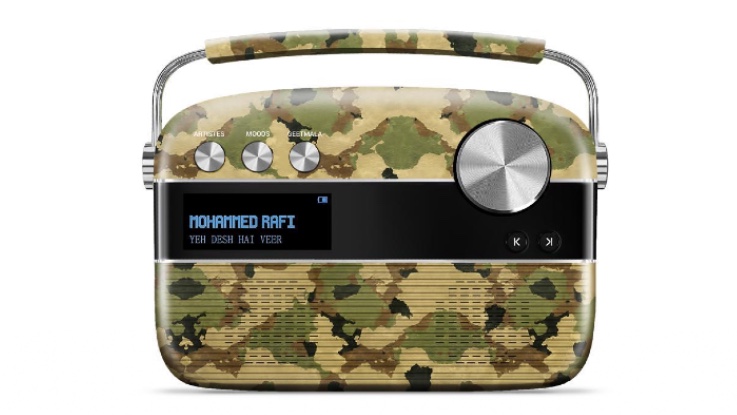 Saregama has announced the launch of its new Carvaan Go 2.0 digital audio player in India. The Saregama Carvaan Go 2.0 is priced at Rs 4,590 and is available for purchase from Saregama’s official website. It comes in blooming blue, salsa red, emerald green, and classic black colours.

The new Carvaan Go weighs about 141 grams and features a metal body. It is claimed to offer up to 7 hours of battery life. Additional features include radio connectivity, microSD card up to 32GB and 3.5 mm audio jack for connecting external speakers/ headphones.

The Saregama Carvaan Go 2.0 has 3,000 built-in tracks, largely made up of retro classics from Saregama’s extensive catalogue. The Saregama Carvaan App can be downloaded from Android and iOS store. You can listen to your local FM/ AM station or transfer your other favourite songs directly to your MicroSD card by using the SD card slot given on the unit. You can even connect Carvaan Go with Bluetooth speaker or via Aux and play out from your Home or Car speakers.

Previously, Saregama Carvaan Camouflage Green music player was launched in India for Rs 6,490. The product is backed by an all India service network and the brand is offering 1-year doorstep warranty support. With this, the Saregama Carvaan is now available in Porcelain White, Cherrywood Red, Walnut Brown, Oakwood Brown, Charcoal Grey and Camouflage Green. The music player comes loaded with 5000 evergreen Hindi songs.