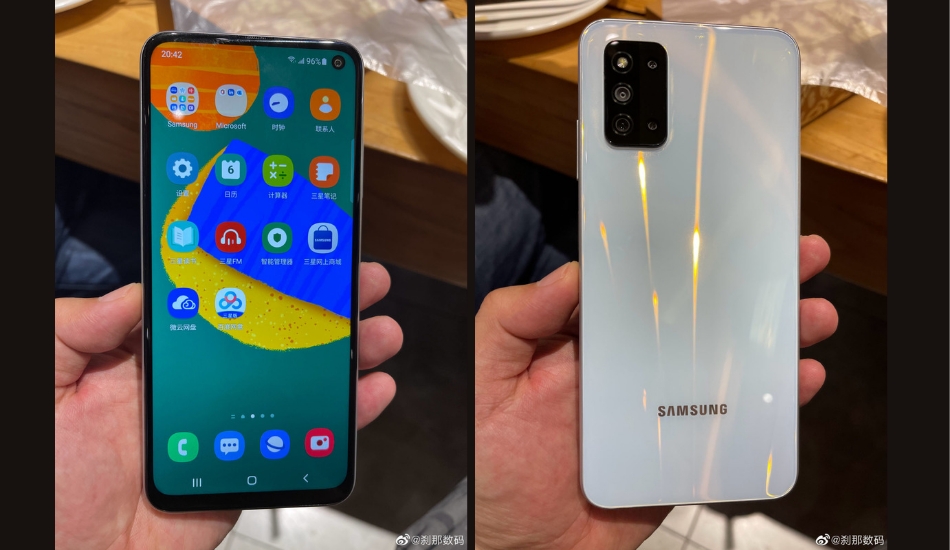 Samsung’s upcoming F series smartphone, the Galaxy F52 5G has reportedly been spotted live in hands-on pictures which reveals the design of the phone and shows some interesting design related aspects that differ from what Samsung usually does with its phones.

The phone appears to have a glossy back with a regular looking rectangular camera module at the top left housing 4 camera sensors along with an LED flash. At the bottom, you get to see a 3.5mm headphone jack, a mic, a USB Type-C port for charging along with the speaker grill. 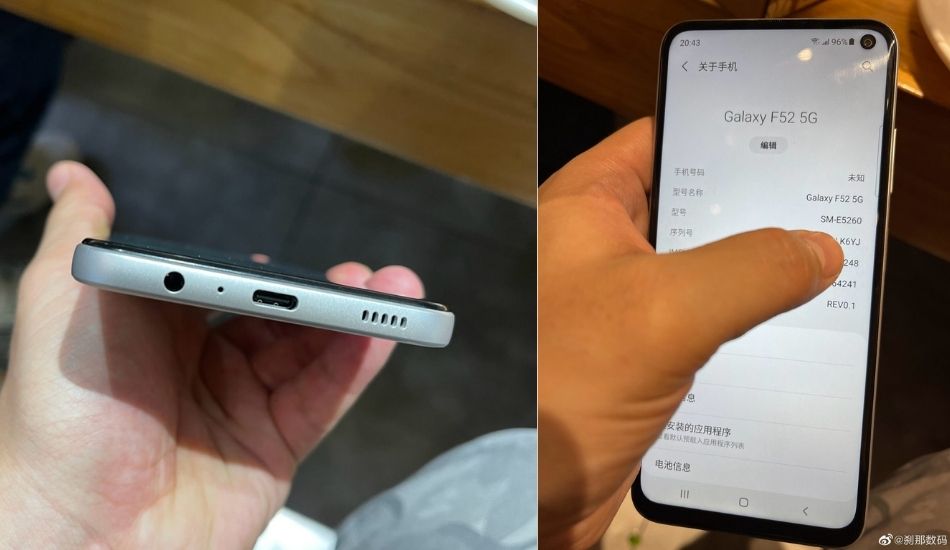 Apart from that, the bezels look a bit thick. According to the tipster on Weibo who shared the photos, the F52 5G will be available with a pricing of 1,999 Yuan (approx Rs 22,700). And the photos also reveal that the Galaxy F52 5G is associated with the model number SM-E5260.

Earlier the phone appeared on TENAA with the same model number SM-E5260, revealing some of the key specifications of the Samsung Galaxy F52 5G. As per the listing, the phone will pack a 4,350mAh battery. It could pack a 64MP quad-camera setup along with a flash housed in a rectangular module.

It sports a 6.5-inch full-HD+ (1,080×2,408 pixels) TFT display per the listing and runs on Android 11, presumably based on OneUI 3.1. It is said to be powered by an unspecified 2.4GHz octa-core processor that will most likely be the Snapdragon 750G SoC paired with 8GB RAM. There might be 128GB of storage that should be expandable via MicroSD. The device will sport an in-screen fingerprint reader.