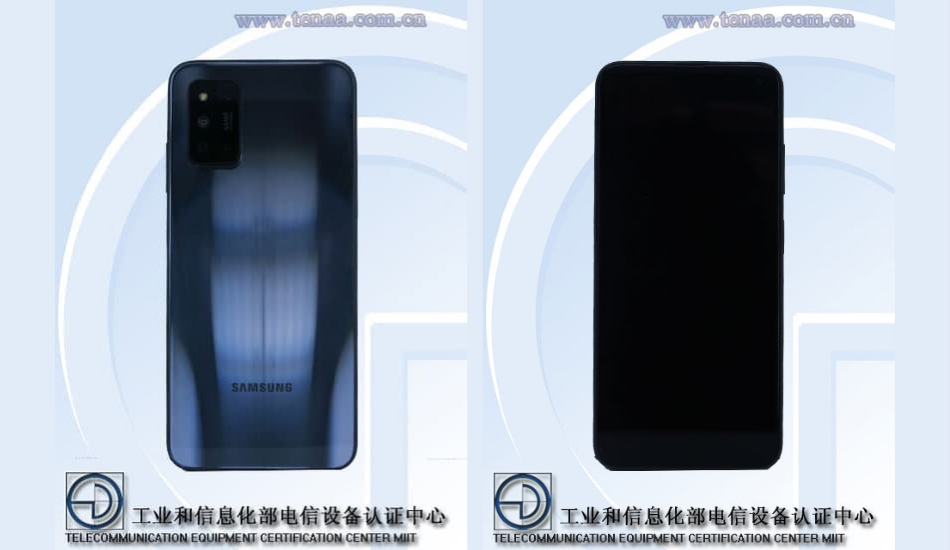 Samsung’s new F series device seems closer to launch as the Galaxy F52 has now appeared on TENAA, thereby revealing some of the key specifications of the smartphone along with the design of the phone. Samsung Galaxy F52 5G is tipped to pack a 4,350mAh battery. It could pack a quad camera setup on the back.

TENAA has listed the Samsung Galaxy F52 5G smartphone with model number SM-E5260. The listing was first spotted by MySmartPrice. The design as per the images shows a front cam housed in a punch-hole at the top right edge. On the back seems to be a 64MP quad-camera setup along with a flash housed in a rectangular module.

The device may come with an in-display fingerprint sensor. It sports a 6.5-inch full-HD+ (1,080×2,408 pixels) TFT display per the listing and runs on Android 11, presumably based on OneUI 3.1. It is said to be powered by an unspecified 2.4GHz octa-core processor paired with 8GB RAM. There might be 128GB of storage that should be expandable via MicroSD.

The listed specs on TENAA also confirm the phone’s dimensions which come in at 164.63 x 76.3 x 8.7mm while the battery is listed as 4,350mAh. Per a 3C certification listing, the battery could charge at 25 watt speeds.

A Bluetooth SIG listing also revealed the device is bearing the SM-E5260 model number and will have Bluetooth 5.1 and dual-band Wi-Fi connectivity. There is no official announcement from Samsung regarding the launch of this device but considering multiple appearances on various certification websites, the launch may not be too far.