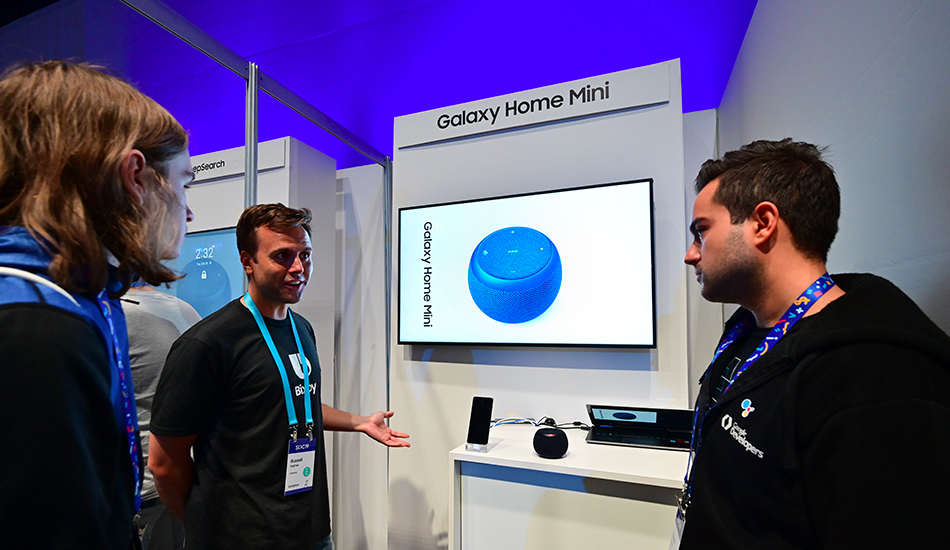 Samsung Galaxy Home Mini will have AKG-tuned speakers and an integrated SmartThings hub for controlling other smart home devices.

The Galaxy Home Mini will have AKG-tuned speakers and an integrated SmartThings hub for controlling other smart home devices. Like its predecessor, the Galaxy Home Mini will also feature Samsung’s Bixby digital assistant. The device will be able to play music, tell the time, weather, set alarms and reminders and turn other devices on/off.

As for the design, the Galaxy Home Mini will feature a fabric-covered incense pot design. There are controls at the top of the device for volume adjustments, seeking, turning off the microphone and a dot button for unspecified functionality. There’s also an AKG logo at the centre which could likely double up as the power/paid button.

While Samsung neither announced the release or pricing of its latest smart speaker, the fact that it has shown off the Galaxy Home Mini means the Bixby-powered smart speaker could hit the market soon.