Samsung Galaxy F13 will launch in India soon. The phone will be available on Flipkart after its launch which is expected soon. 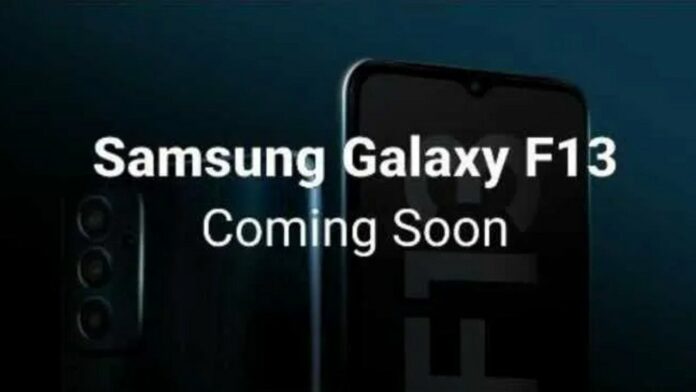 Samsung is gearing up to launch a new smartphone under its F-series in India. The device is named as Samsung Galaxy F13. The India launch has been officially teased.

A banner on Flipkart has confirmed the launch of the upcoming F-series phone. It also reveals that the back of the smartphone will come with triple cameras. In addition, the listing suggests that the company will announce the Galaxy F13 in India shortly.

Recently, the Samsung Galaxy F13 was found listed with model number SM-E135F Samsung India’s support page. However, the listing does not reveal anything about the upcoming Samsung smartphone, but it suggests that the phone may soon be making its debut in India. The upcoming Galaxy F12 successor recently appeared on the Geekbench benchmark database with the same model number.

The Geekbench listing showed that the Samsung Galaxy F13 will be powered by an octa-core Exynos 850 processor paired with 4GB of RAM. It could run on Android 12 out-of-the-box. The phone scored 157 points in the single-core test and 587 points in the multi-core test.

A user manual also showed the design of the upcoming Samsung smartphone. As per the user manual, the phone will come with a triple rear camera setup situated in a rectangular module. Further, it could sport a fingerprint sensor embedded in the power button. It could also come with a USB Type-C port for charging.

In addition, the phone might get a 3.5mm headphone jack and NFC support. Also, the phone could feature a dual speaker setup.