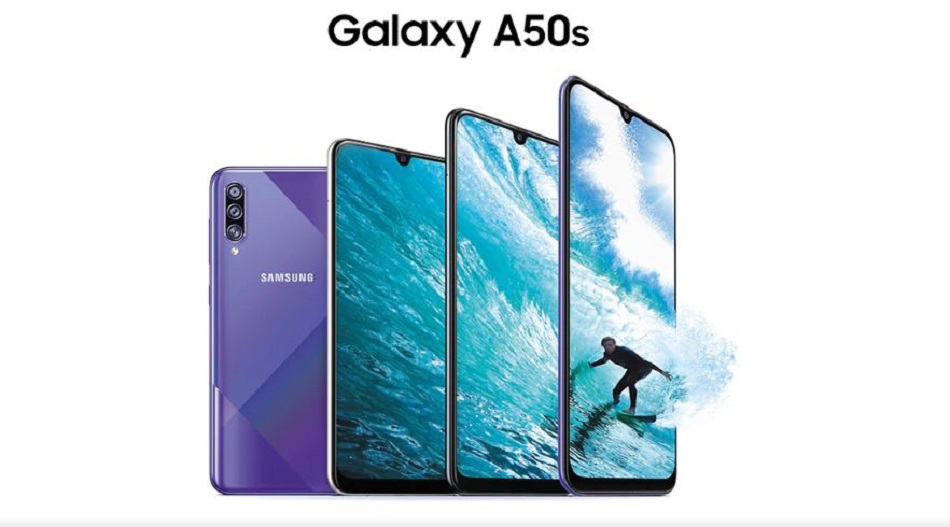 Samsung Galaxy A41 will run Android 10 out of the box with the company’s One UI 2.0.

Samsung is currently working on its upcoming Galaxy A31 and Galaxy A41 smartphones. Recently, the battery and camera details of Samsung Galaxy A41 surfaced online. Now the smartphone has been spotted on the Geekbench benchmarking website.

As per the GeekBench listing, the Samsung Galaxy A41 smartphone will be powered by a 1.70GHz octa-core MediaTek Helio P65 chipset. In addition to the chipset, the Geekbench listing also confirms that the smartphone will feature 4GB of RAM.

For the software, the Samsung Galaxy A41 will run Android 10 out of the box with the company’s One UI 2.0. The benchmark results revealed the phone scored 1684 points in the single-core test and 5043 points in the multi-core test. 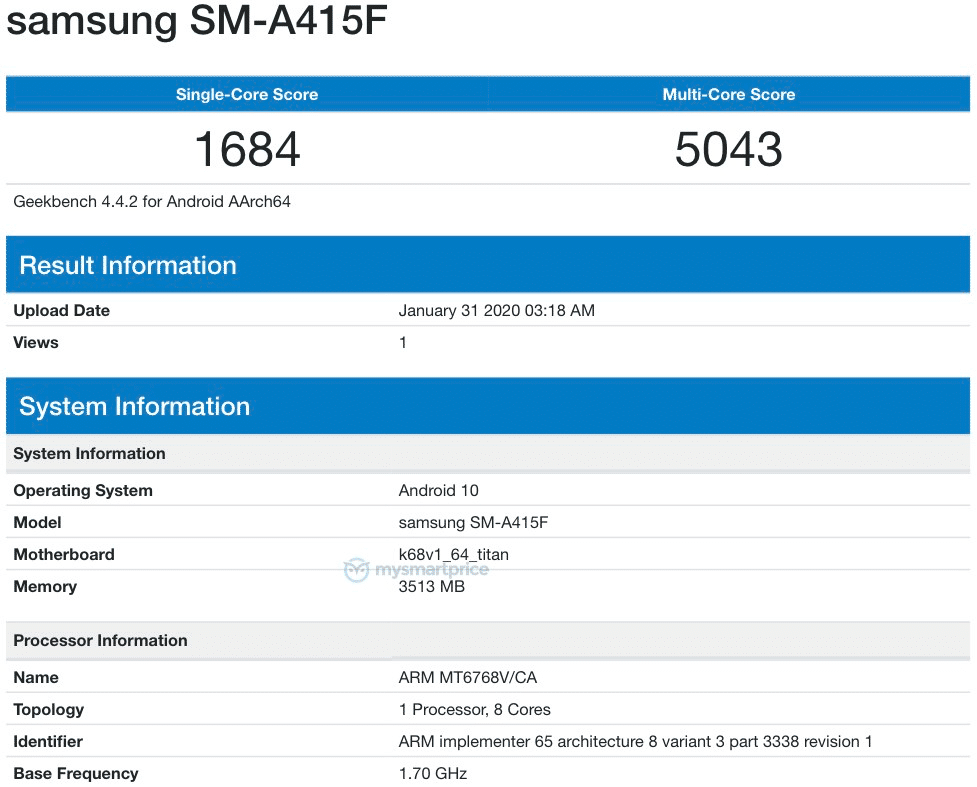 Samsung Galaxy A41 will feature a triple camera setup with a 48-megapixel primary sensor. It could also offer a 2-megapixel macro lens. For the front, the smartphone could house a 25-megapixel sensor for selfies.

Apart from Galaxy A41, Samsung is also working on Galaxy A31. The phone is rumoured to come with a 48-megapixel primary camera and a 5-megapixel macro lens. It will reportedly be backed up by a massive 5,000mAh battery.

Meanwhile, Samsung this week launched Galaxy A51 in India. Samsung Galaxy A51 is priced at Rs 23,999 for the sole 6GB RAM + 128GB storage variant. It comes in Blue, White and Black Prism Crush colour options and is sold across retail stores, Samsung Opera House, Samsung e-shop and leading online portals in India.