Samsung Galaxy A22 5G pricing leaks ahead of launch 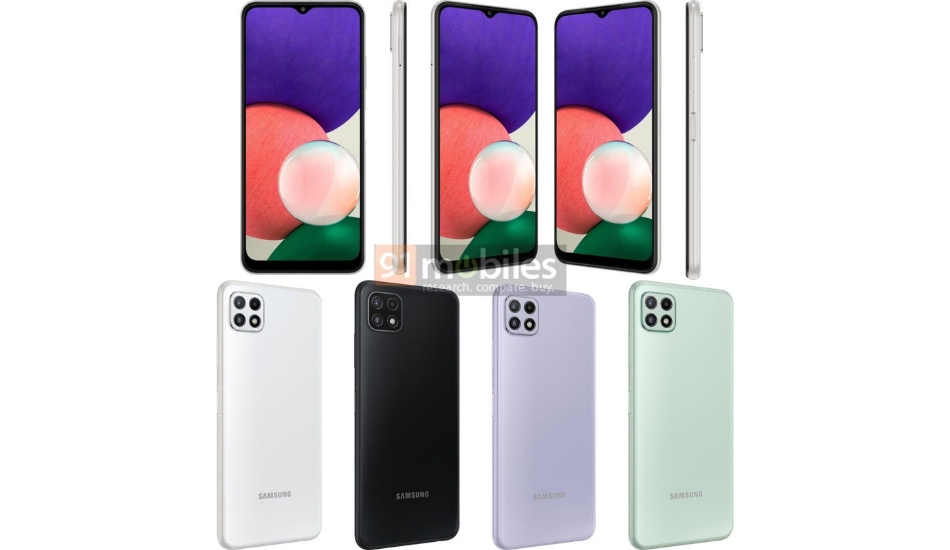 Samsung is gearing up to launch its cheapest 5G offering yet, which is the Galaxy A22 5G. The pricing for the same has been revealed in a new leak

Samsung’s Galaxy A22 5G has been leaked extensively in the past and through a new leak, we now have the pricing details of the upcoming A-series smartphone from Samsung.

The device is said to be the cheapest 5G offering from the Korean smartphone manufacturer. The new leak comes from DealNTech as per which the device was spotted on a European retailer website ahead of its launch. The pricing for the Galaxy A22 5G listing was reportedly set for EUR 185 (approx Rs 16,400).

This pricing is for the 64GB variant while the report further states that it could go up to EUR 199 (approx Rs 17,800) with VAT rates included. The listing didn’t reveal anything else about the Galaxy A22 5G.

The device may come with a side-mounted fingerprint sensor. It should sport a 6.4-inch HD+ (720×1600 pixels) LCD display and runs on Android 11, presumably based on OneUI 3.1. It is said to be powered by the MediaTek Dimensity 700 SoC.

It should have a combination of 48MP+5MP+2MP sensors. The phone should have a 5000mAh battery with 15W charging support. A recent Bluetooth Special Interest Group (SIG) listing suggested the phone will have Bluetooth 5.0.

The renders for the Galaxy A22 5G have also leaked in the past revealing a triple camera setup at the rear. Samsung is using a side-mounted fingerprint sensor for the 5G variant which is pointing towards an LCD display for the respective model while the 4G variant could get an AMOLED panel.