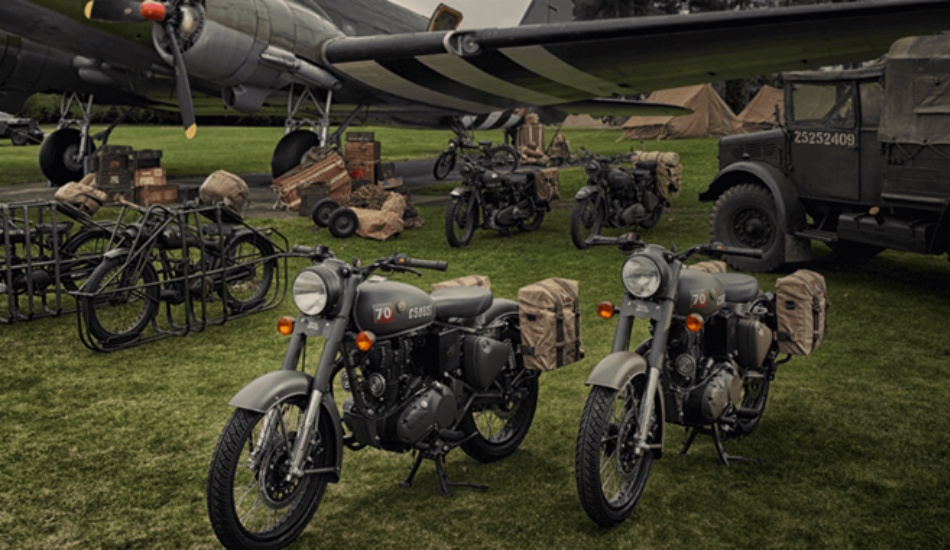 Each of the 1000 units of Royal Enfield Classic 500 Pegasus Edition will carry a unique serial number stencilled on the fuel tank in memory of the 250th Airborne Light Company that served during World War II. They will also come with blue Pegasus logo – the official Parachute Regiment insignia on the fuel tank.

Recently the Indian headquarter based, Royal Enfield has announced the World War II inspired Classic 500 Pegasus Edition in an event in the UK. And now the brand has revealed the launch date of themotorcycle for the Indian market. The bike is all set to launch on on May 30 in the country.

The company has not revealed theprice and availability details will also be disclosed, which is expected around Rs 4 lakhs for the home country market. It is worth noting that the brand will only be manufacturing 1,000 units of the Pegasus of which 250 machines will go on sale in India. The RE/WD Flying Flea 125 from the World War II era, was famous for dropping them from the aircraft for troops in the battlefield. The bike was powered by a 126cc displacement motor with the maximum power of 3.4 bhp, which can achieve a top speed of 45 kmph.

Further, each of the 1000 units of Pegasus will carry a unique serial number stencilled on the fuel tank in memory of the 250th Airborne Light Company that served during World War II. They will also come with blue Pegasus logo which is the official Parachute Regiment insignia on the fuel tank. 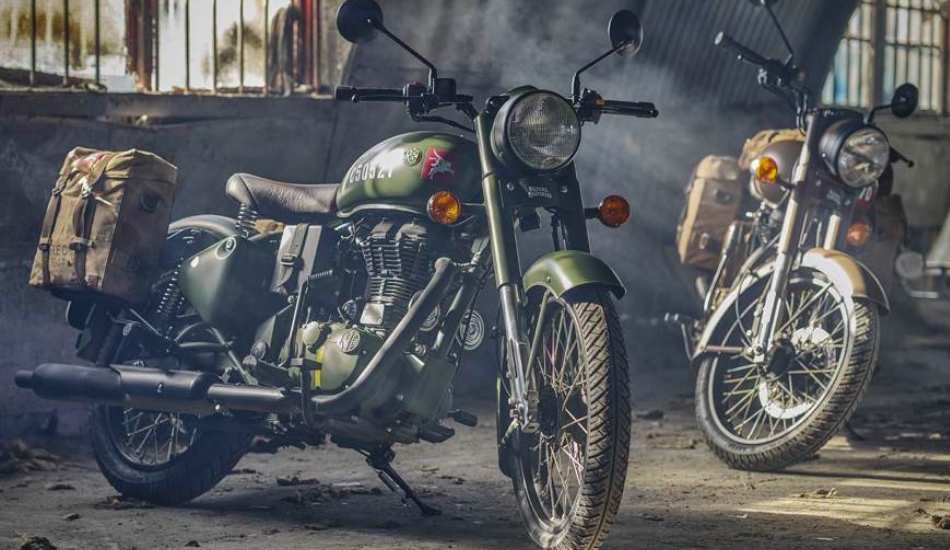 Besides, to complete the period look, the Classic 500 Pegasus edition comes with a number of accessories like brown handlebar grips, a leather strap with a brass buckle across the air filter, blacked out silencers, rims, kickstart lever, pedals and headlight bezel

The motorcycleshares its heart with the standardclassic 500, it will be powered by a 499cc displacement, single cylinder air cooled, fuel injection engine. The motor will chunk the maximum power of 27.2 bhp at 5250 rpm and peak torque of 41.3 Nm at 4000 rpm.