Realme X2 will be powered by Snapdragon 730G 8nm chipset.

Realme has already confirmed that it will be launching Realme X2 smartphone with a 64MP camera in China on September 24. Now ahead of the launch, the company has confirmed that Realme X2 will come with recently announced Oppo 30W VOOC 4.0 Flash Charge technology.

The Oppo 30W VOOC 4.0 Flash Charge will be able to charge a 4000mAh battery wirelessly from zero to 100 percent in 80 minutes. The technology will be compatible with QI standard and can thus support 5W or 10W charging when needed. 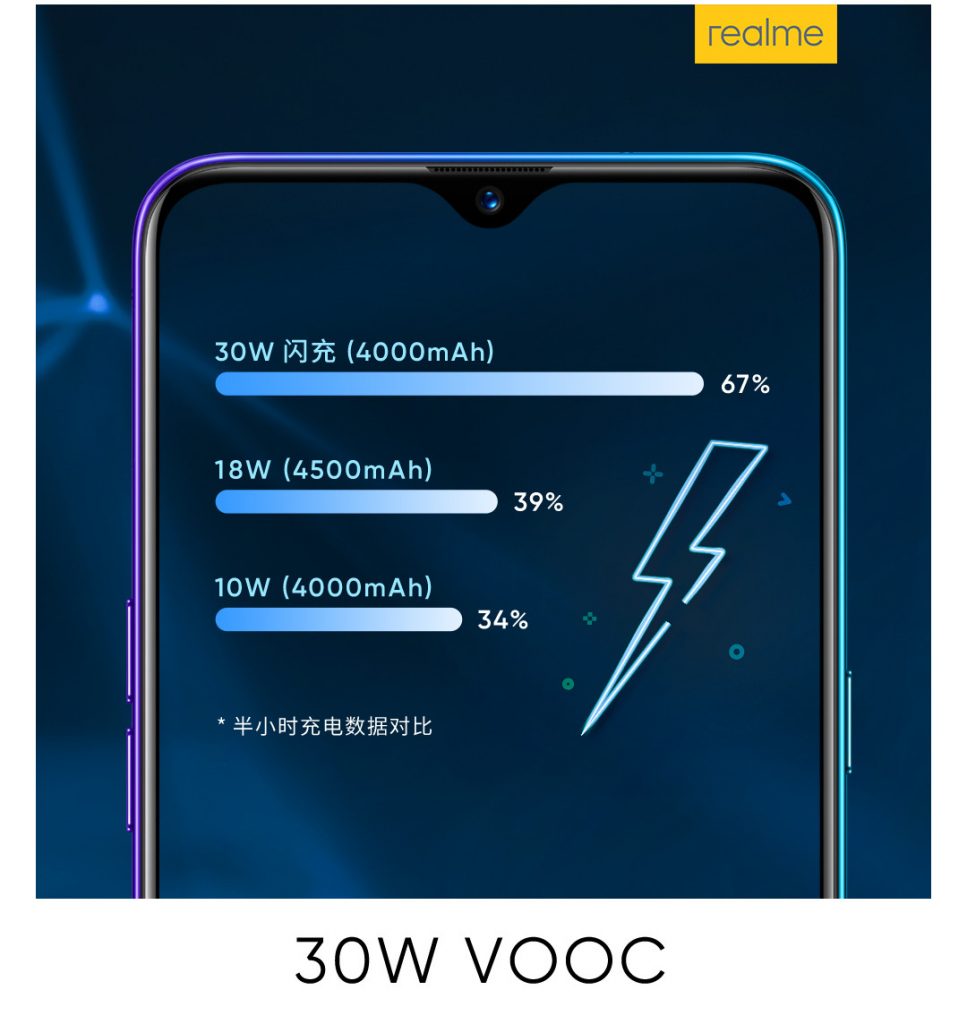 Earlier, it was confirmed that Realme X2 will be powered by Snapdragon 730G 8nm chipset. The upcoming phone will come with a 32-megapixel selfie camera. To recall, Realme XT has 16-megapixel front camera. The rest of the specifications of the phone will remain the same as Realme XT.