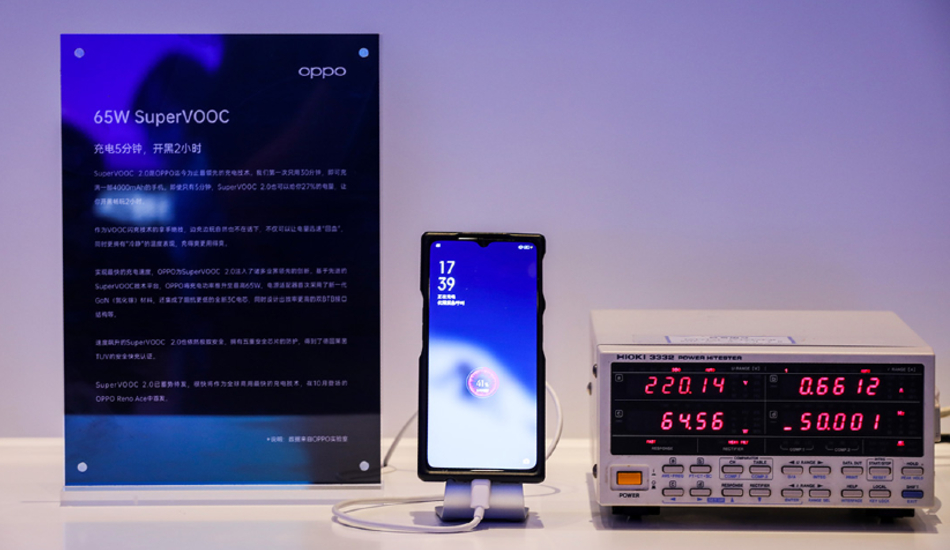 Having teased it earlier this week, Oppo has announced the 65W SuperVOOC 2.0 fast charging alongside 30W VOOC 4.0 Flash Charge and 30W Wireless VOOC Flash Charge technologies in China. With this announcement, Oppo has also confirmed that the 65W SuperVOOC 2.0 fast charging technology will debut with the upcoming Oppo Reno Ace which is set for a launch on October 10.

65W SuperVOOC 2.0 has been made possible with the adoption of Gallium Nitride (GaN) semiconductors for shorter charging time and reduced adapter size. The technology not only improves charging speeds but also offers more safety. Oppo says it has placed five safety protection measures throughout the adapter, wire and handset end to ensure maximum safety during charging. 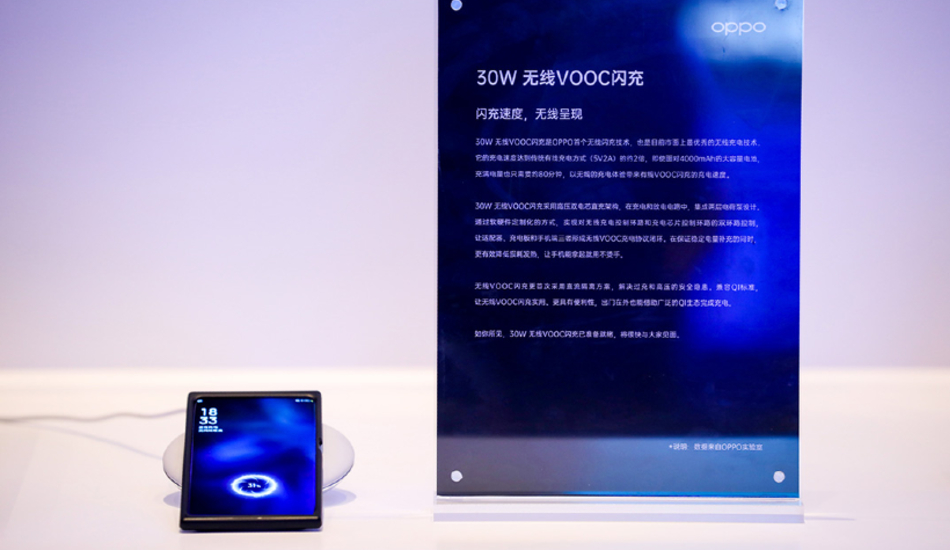 Moving on, the 30W VOOC 4.0 Flash Charge has been confirmed to debut with the Oppo K5. The solution will enable a smartphone with a 4,000mAh battery to be charged to up to 67 percent in 30 minutes and to 100 percent in 73 minutes. The company says that it has altered the VFC algorithm inside the charger to reduce the charging time required during the final 10 percent of the battery. The protocol will be compatible with all Flash Charge adapters before VOOC 3.0.

Oppo has also announced the 30W Wireless VOOC Flash Charge technology. The solution will be able to charge a 4000mAh battery wirelessly from zero to 100 percent in 80 minutes. The technology will be compatible with QI standard and can thus support 5W or 10W charging when needed. The solution also offers new hardware design to avoid overheating, HVDC and a foreign object detection function for stopping the charging when a foreign metal object is detected.

Oppo 65W SuperVOOC 2.0 fast charging technology will debut with the upcoming Oppo Reno Ace which is set for a launch on October 10. The 30W VOOC 4.0 Flash Charge will launch with the Oppo K5.