Realme Pad India launch teased, to be available on Flipkart

Realme Pad has been teased by the Realme India and Europe CEO, Madhav Sheth. It is expected to launch in the coming weeks 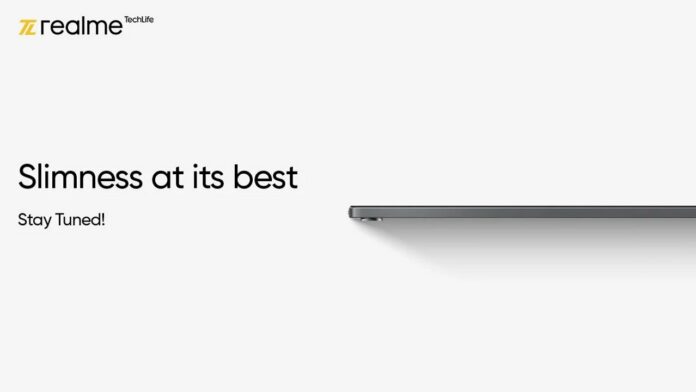 Realme is gearing up to launch its first tablet called the Realme Pad in India soon. Flipkart has teased the launch of Realme Pad by putting up a microsite on its website.

Apart from Flipkart’s microsite teaser, Realme India and Europe CEO, Madhav Sheth has also teased Realme Pad on his Twitter handle. As per his tweeet, the upcoming Realme Pad will be sporting a light and a slim design. Realme Pad is seen sporting a metal unibody.

The tweet does not reveal an exact measurement but a recent leak points towards 246.1 x 155.8 x 6.8mm dimension. Earlier reports also hinted that the tablet is expected to launch on September 9. However, an exact launch is not confirmed by the company as of yet.

At the recent GT series of smartphones launch event, Realme Pad was confirmed to make its debut soon with AMOLED display. But nothing about the screen size was revealed by the company. Earlier reports suggested that the tablet will be equipped with a 10.4-inch screen.

In terms of specs, the device is expected to bring a 10.4-inch display with a selfie camera in the right-hand side bezel, which carries an 8MP f/2.8 sensor. Under the hood, it is said to come with 6GB of RAM and 64GB of internal storage. This storage is expandable via a MicroSD card slot.

It will be powered by MediaTek’s MT6769V/CU octa-core chipset. This includes six CPU cores working at 1.80GHz and two CPU cores clocking at 2.0GHz. So the tablet will feature the Helio G80. The device will run Android 11 straight out of the box with Realme UI 2.0. It could come equipped with a 7,100mAh battery cell.