Realme Narzo 50i Prime seems like a rebranded Realme C30. 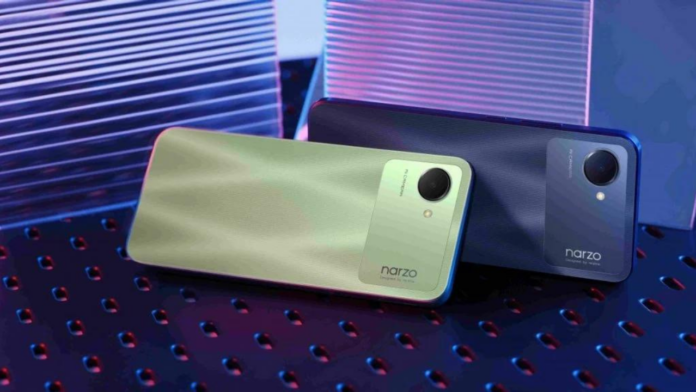 Realme has unveiled a new budget device for the global market and it is the Narzo 50i Prime. The new offering from the brand comes with a big battery and is aimed at those who are low on budget. The smartphone draws power from a Unisoc T612 chip and has up to 4GB RAM.

The smartphone sports a 6.5-inch HD+ LCD display with a 120Hz touch sampling rate and an 88.7% screen-to-body ratio. The Realme C30 is backed by a 5,000mAh battery that supports 10W charging. The device measures 8.5mm in thickness and weighs around 182 grams.

The brand recently also launched the Realme Q5x which sports a 6.5-inch FHD+ IPS LCD display with an 88.7% screen-to-body ratio, 400 nits of peak brightness and a teardrop notch for the selfie snapper. The handset is powered by the MediaTek Dimensity 700 chipset paired with 4GB RAM and 64GB storage that is further expandable via a microSD card. The phone runs on Android 12 with Realme UI 3.0 skin on top.