Realme Q5x sports dual cameras at the back. 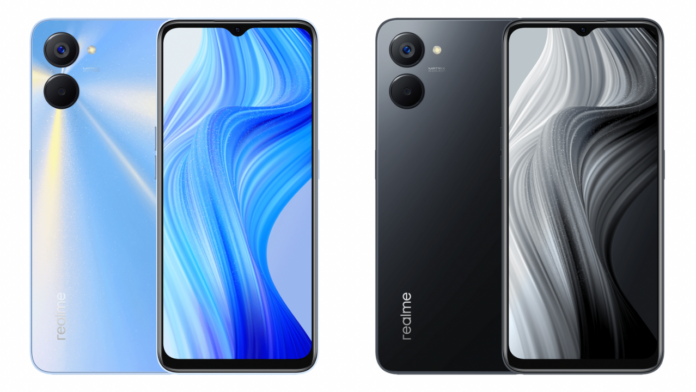 Realme has launched a new smartphone in China under the Q-series, called the Realme Q5x. Realme Q5x is the new budget offering from the brand which comes with a Dimensity 700 processor under the hood and has a dual camera system at the back. It comes with a 5000mAh battery.

The Realme Q5x is priced at CNY 999 for the sole 4GB + 64GB variant. It comes in two colours including Ink Cloud Black and Star Blue. The first sale of the Q5x is set to be held on June 23. There is no word on availability of the device outside of China.

Realme Q5x sports a 6.5-inch FHD+ IPS LCD display with a 88.7% screen-to-body ratio, 400 nits of peak brightness and a teardrop notch for the selfie snapper. The handset is powered by the MediaTek Dimensity 700 chipset paired with 4GB RAM and 64GBZ storage that is further expandable via a microSD card. The phone runs on Android 12 with Realme UI 3.0 skin on top.

As for the optics, the Q5x has dual cameras on the back, including a 13MP primary sensor and a 0.3MP depth sensor. It has a 5MP camera on the front for selfies and video calls. The device has a side-mounted fingerprint sensor for security.

Connectivity options include 5G, dual 4G LTE, Wi-Fi 5, Bluetooth 5.0, GPS, 3.5mm headphone jack and a USB Type-C port for charging. The Q5x is backed by a 5000mAh battery that comes with support for 10W standard charging.