Realme Band update goes through about three stages and should take about ten minutes to install.

The company announced the rollout of the update via its forums. It says that the update goes through about three stages and should take about ten minutes to install. The update brings Heart Rate reminder function. It also adds Music Control and Stopwatch which are useful features for some people. Along with these, the update also fixes some known bugs.

In a community post, Realme advise you to make sure you have sufficient battery before you connect the realme Band to your phone. You have to connect your device and smartband via the realme Link app and an update will appear automatically. If it doesn’t appear automatically, head towards the settings and search for update manually. 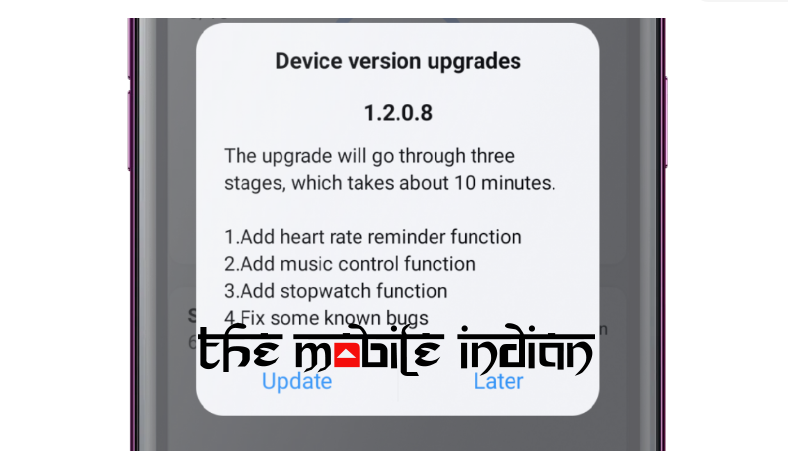 The Realme Band comes with a price tag of Rs 1,499 and it is available in Green, Yellow and Black colour options. It features a 0.96-inch (2.4cm) colour TFT display with 80×160 pixels resolution. It comes with a personalised dial face, which can be changed using the Realme Link application. It can receive almost all app notifications and show some corresponding icons including Facebook, WhatsApp, Instagram, Twitter, TikTok, YouTube, Messenger, SMS and more.

The Realme Band comes with 9 sports mode including walking, running, yoga and more. It comes with IP68 certification, making it water and dust resistance. The fitness band also comes with USB direct charge, meaning that one can directly plug in a USB port without needing any charging cable.