Realme 64 MP camera smartphone to be announced on 15 August

Realme is rumoured to use Samsung's ISOCELL Bright GW1 sensor.

Realme is all set to unveil its world’s first 64MP Quad Camera technology in India on August 8. Now the company has confirmed that it will be announcing 64-megapixel quad-camera smartphone in China on 15 August.

Realme has shared a new poster on Chinese microblogging website Weibo which has confirmed that the phone will go official 15 August. The China event is scheduled to commence at 2:00 PM local time. 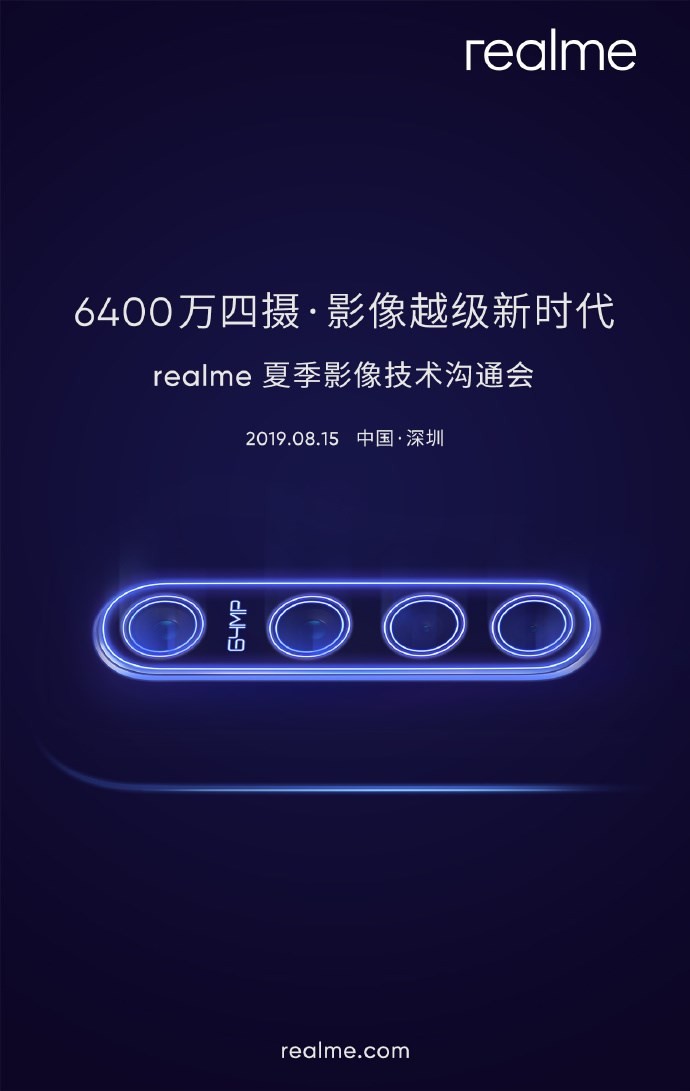 Realme is rumoured to use Samsung’s ISOCELL Bright GW1 sensor. Samsung GW1 image sensor will be larger than that of the current line of 48MP sensors and will use Pixel-merging Tetracell technology to merge 16MP images into one thus providing a 64MP shot. While a standard 48MP camera bins pixel snaps that compare to a 12MP 1.6-micron pixel camera, the 64MP GW1 sensor will bring pixel binning equivalent to a 16MP 1.6-micron pixel shot.

At the moment, the specs of the upcoming Realme phone are scarce. But we expect the company to reveal more information at its showcase event in India on August 8.

Meanwhile, Xiaomi will launch Redmi-branded 64MP Quad camera technology on August 7. Samsung is alsodeveloping a new smartphone with a 64-megapixel camera sensor which was previouslyrumoured to be the Galaxy A70s.