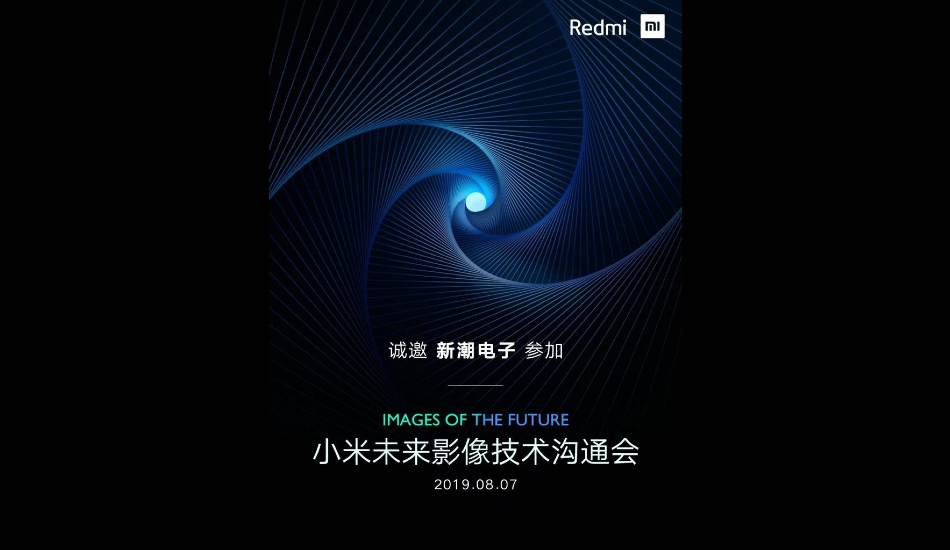 Xiaomi Redmi’s division has officially teased that it will launch the 64MP Quad camera technology on August 7. The post also includes a picture of what resembles the shutter system of a camera and the text on the image reads “Images of The Future”.

Last week, Realme announced that it will unveil its 64MP Quad Camera technology in India on August 8. Xiaomi has now topped that announcement by revealing that its Redmi division will launch a 64MP Quad camera technologyon August 7, a day before Realme’s event.

The news comes from Xiaomi Redmi’s official Weibo account which posted that the Redmi imaging laboratory had something to announce on August 7. The post also includes a picture of what resembles the shutter system of a camera and the text on the image reads “Images of The Future”.

Previously, a camera sample with the 64MP camera Redmi device was shared online, showing a cat and the photo is zoomed to show crisp details around the eye of the cat.

An upcoming Redmi phone is expected to come with 64-megapixel ISOCELL Bright GW1 sensor that Samsung unveiled back in May. Samsung GW1 image sensor will be larger than that of the current line of 48MP sensors and will use Pixel-merging Tetracell technology to merge 16MP images in a low light environment into one thus providing a 64MP shot.

Besides Redmi, Realme is also working on a premium killer phone with 64MP Quad Camera which is expected to debut first in India in the fourth quarter of 2019. Samsung is also developing a new smartphone with a 64-megapixel camera sensor which was previously rumoured to be the Galaxy A70s.