Rahul Sharma, CEO of Revolt Motors recently took a dig at Ola for its Electric Scooters. 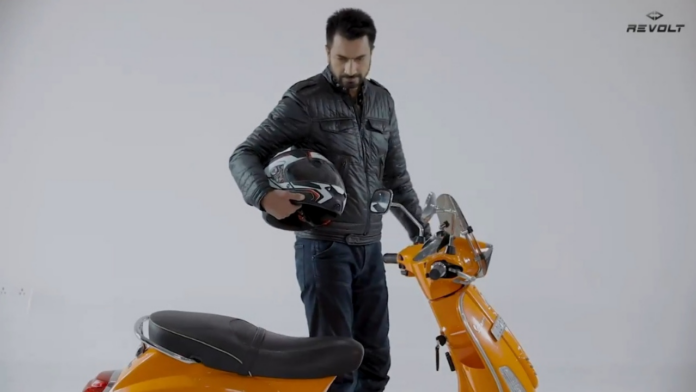 The rivalry between Ola and Revolt Motors began when the former came up with its first-ever Electric Scooter called Ola S1. And now, the CEO of Revolt Motors, Rahul Sharma, who’s also known for his role at Micromax, has taken a dig at Ola.

The Revolt Motors Twitter account recently posted a tweet with a video. In the video, Rahul Sharma walks in with a helmet in his hand and comes next to a scooty, looks at it, takes a pause and says ‘Nah’. Then he walks onto the Revolt EV bike and drives off.

This is a clear symbol of how the brand wants to say that an Electric scooter just doesn’t cut it. In contrast, an electric bike is what you need and is better. The video has basically been posted to inform that the brand is set to announce World EV Day on 9th September at 12 noon.

It also hints towards a new bike that the brand could be planning to launch. However, there’s no official confirmation or news regarding the same.

Talking about Ola’s new Electric scooters, the Ola S1 and the S1 Pro were launched in mid-August this year. The pricing of the scooters depends on each market where it is sold. In Delhi, the Ola electric scooter S1 comes for Rs 85,099. But in Gujarat, it comes with the cheapest price tag of Rs 79,999. The S1 Pro is available at a price tag of Rs 1,29,999 for most markets. In Delhi however, it costs Rs Rs 1,10,149.

The same electric motor powers the Ola S1 and the S1 Pro. As a result, it has a maximum performance of 8.5 kW and 58 Nm of maximum torque.

In comparison, Revolt’s RV400 Electric bike has been the talk of the town for a while. It is selling out within minutes of the pre-booking getting started. The Revolt RV400 prices were discounted by Rs 28,000 after the government revised EVs’ incentives under the FAME-II scheme in June 2021. It is now priced at Rs 90,799, which is competitive for Ola’s S1 scooter.

The Revolt RV400 comes with a 3KW (Mid Drive) motor. It is powered by a 72V, 3.24 kWh lithium-ion battery and has a top speed of 85 kmph. Revolt has been working on enhancing the customer experience by bringing various updates to the bikes and services related to it. As the bike can be controlled via the MyRevolt app, the company often introduces new features.

Recently, Revolt Motors announced a new Swipe to Start feature. It enables keyless start via MyRevolt App. The company has been first in class to introduce this feature. Therefore, it allows the user to switch on/off their AI-enabled motorcycle keyless through their phone. The company says that the feature will be available to the customers this month.