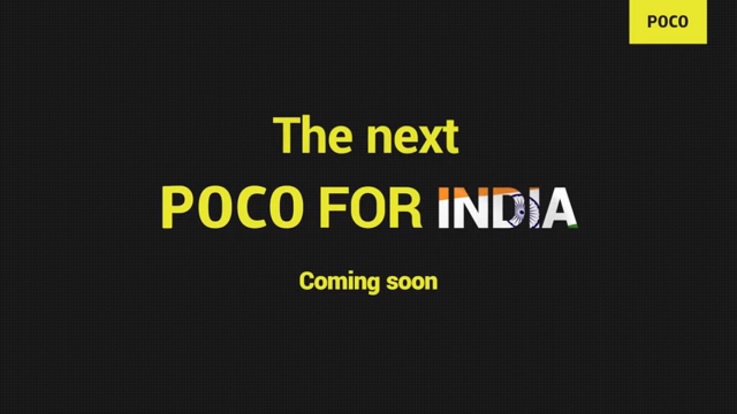 The company has revealed that the new product from Poco is coming soon to the country.

Poco has officially teased that it will be launching a new smartphone in India. The company has revealed that the new product from Poco is coming soon to the country.

Previously it was reported that the company might introduce the Poco M2 Pro smartphone in India soon. The Poco M2 Pro with the model number M2001J2I has been spotted listed in the RF exposure section of the Xiaomi India website.

Apart from the SAR value of 1.6 W/kg of the device, no other details on the specs have surfaced on the RF exposure page. Notably, the model number of the Poco F2 Pro is M2004J11G, so Poco M2 Pro is not likely to be a rebranded variant of Poco F2 or the Poco F2 Pro. The upcoming smartphone is said to be powered by a Qualcomm Snapdragon 720G processor.

Meanwhile, the company has also confirmed that it will launch its first truly wireless earbuds in the country. The truly wireless earphones will be called the Poco Pop Buds. POCO GM, C Manmohan posted a Twitter poll asking people to choose the name of the new product. It is possible that the upcoming earbuds and smartphone will be launched at the same event. However, there is no information about the launch date, so we suggest you stay tuned with us for more details.