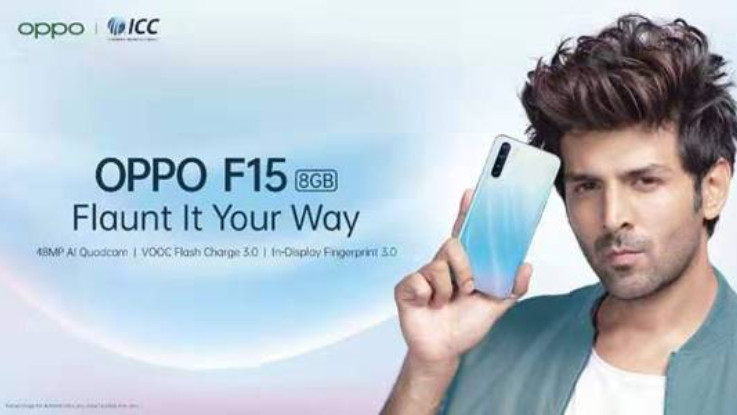 Oppo has confirmed some key features of the upcoming Oppo F15 smartphone.

Oppo has shared a teaser image of its Oppo F15, which reveals that it will come loaded with a quad-camera setup. The back panel comes with gradient finish and it comes with a combination of White and Blue. The brand has also revealed that the Oppo F15 will come with a 48MP rear camera.

Furthermore, it has revealed that the smartphone will be loaded with 8GB of RAM, though the storage is not known at the moment. The Oppo F15 will come with an in-display fingerprint 3.0 sensor, which the company claims will unlock the smartphone in just 0.32 seconds. Furthermore, the phone is touted to feature VOOC Flash Charge 3.0 fast charging technology, which will provide 2 hours of talk time with 5 minutes of charge. The phone will come with a sleek design and it will feature a 7.9mm thickness and it will weigh at 172 grams.

That said, there is no other information available about the upcoming smartphone. Furthermore, a Mumbai-based retailer has also teased Oppo F15, which means that the smartphone will be available for purchase from the offline channel. However, multiple reports suggest that it will be none other than Oppo A91. To recall, the smartphone was launched in China in December last year.

Oppo A91 features a 6.4-inch AMOLED full HD+ display with 1080×2340 pixels resolution and 20:9 aspect ratio. It is powered by MediaTek Helio P70 chipset along with 8 GB of RAM. For enhanced gaming experience, the phone comes with Game Boost 2.0. It has 128 GB of internal storage and a microSD card slot for more storage.

The phone has a quad rear camera setup with a 48-megapixel main lens, an 8-megapixel ultrawide lens with 119-degree field-of-view, a 2-megapixel macro lens and a 2-megapixel depth sensor It has a front camera of 16-megapixel. It runs on ColorOS 6.1 based Android 9 Pie. It is backed up by 4,025mAh battery coupled with VOOC 4.0 fast charging.