Oppo Enco Air 2 earbuds have a frequency response range of 20Hz to 20,000Hz and feature support for AAC and SBC Bluetooth codecs. 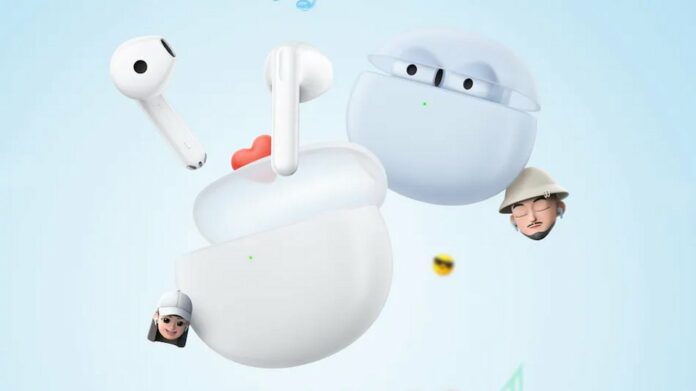 Oppo has confirmed to launch Oppo K10 budget smartphone in its K series in India next week. Now the company has also confirmed the launch of Oppo Enco Air 2 TWS earbuds in the country along with the K10 on March 23.

The TWS earbuds were launched in China in January as the successor to the Oppo Enco Air. They come in a translucent jelly-like case and are claimed to offer a total of up to 24 hours of playback.

The Oppo Enco Air 2 earbuds are equipped with 13.4 mm composite titanized diaphragm driver for thumping bass. They are compatible with both Android smartphones and Apple iPhone models.

The earphones come equipped with Bluetooth v5.2. In addition, they also feature a Game Mode that offers a low latency of 94ms. The TWS earbuds have a frequency response range of 20Hz to 20,000Hz and feature support for AAC and SBC Bluetooth codecs.

The earbuds also have a touch panel so you can play, pause your music or accept and reject calls. In addition, there’s AI Noise Cancellation for Calls for Crystal-clear Vocals. Besides, the buds also have IPX4 rating making them splash and water resistant.

A recent report also revealed that Oppo will launch many new products in India this year. This will include Oppo Enco X2 and more IoT Products. Oppo will also reportedly launch more IoT products such as smartwatches, power banks in the second half of the year in India.