Oppo has started teasing the launch of the Oppo K10 in India that will be unveiled on March 23 with open sales from March 29. 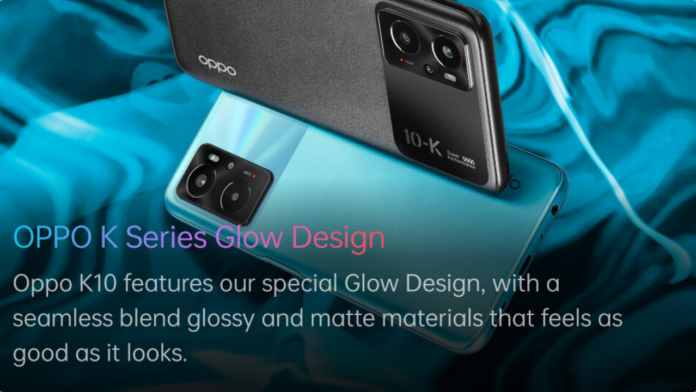 Oppo has been consistent with its A-series, F-series launches in India and it seems like the brand is now expanding its portfolio further by introducing a new K-series in the country. Moreover, the first smartphone to launch under the series is the Oppo K10, which should supposedly be the successor to the Oppo K9 5G series that was introduced in China last year.

The K-series smartphone which Oppo has started teasing via its India Twitter handle and its website is the Oppo K10. Further, a dedicated webpage for the launch of the Oppo K10 has also been created on Flipkart as per which, more details about the smartphone will be unveiled on March 16.

On Oppo’s India Website, a landing page confirms that Oppo K10 will be launched in India on March 23rd, while Open sales for the smartphone will take place starting March 29th. More details about the smartphone will be unveiled from 17th March till 21st March, such as the RAM, ROM, Processor, Cameras, Battery and Charging details. The landing page also shows the device from the back in blue and black colour options.

The same smartphone is also being teased in China which suggests that the Oppo K10 might come with a MediaTek Dimensity 8000 series SoC. Apart from this, not much is known about the specifications of the Oppo K10. As for the price, a 91Mobiles report suggests that it will be priced under Rs 20,000.

Oppo unveiled the Oppo K9s back in October last year that features a 6.59-inch full HD+ display with 1080×2412 pixels resolution. Oppo K9s packs a 2.4GHz Qualcomm Snapdragon 778G octa-core processor. It has up to 8GB LPDDR4x RAM and 128GB UFS 2.2 storage. The storage is expandable via a microSD card.