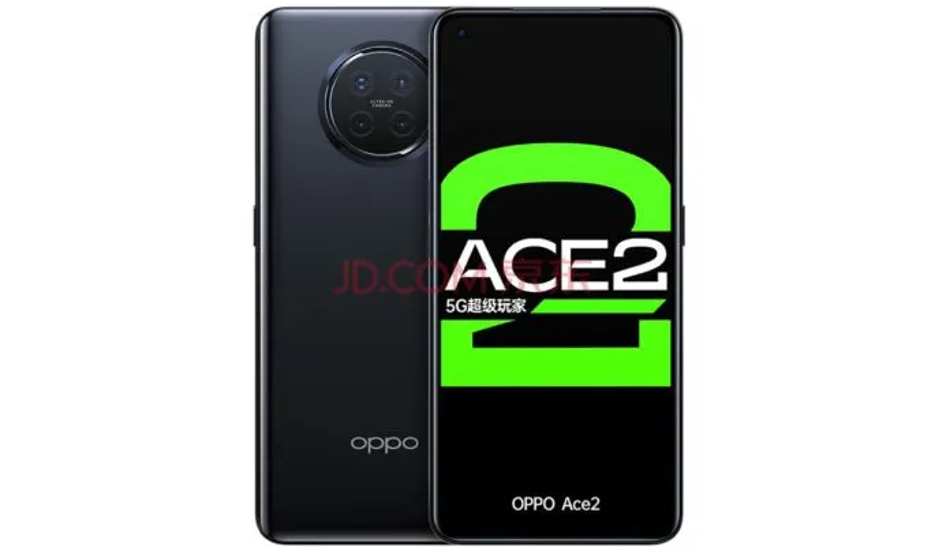 Oppo Ace2 will be launched in China on April 13. Now ahead of the launch, Oppo has shared a teaser poster revealing the key features of the upcoming smartphone.

The poster confirms that the smartphone will come powered by the flagship Qualcomm Snapdragon 865 processor. It also shows the rear quad-camera setup present on the phone. The camera sensors are placed on a circular module which is also referred to “Oreo” camera design. The poster also reveals that the phone will weigh just 185 grams. 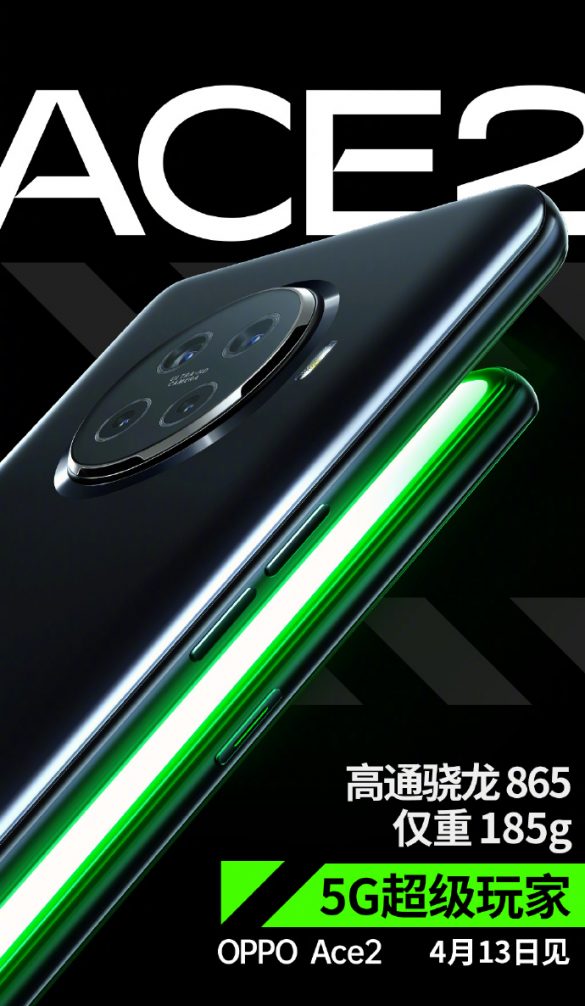 Ahead of launch, some official renders of the Oppo Ace2 have also surfaced on JD.com. The renders show that the device will come in two colours – Moon Rock Ash and Fantasy Purple. The phone has a single punch-hole camera on the front and a quad-camera setup in a circular arrangement on the back. The left side has volume rocker button while the right side has a power button.

Oppo Ace2 will feature a 6.5-inch Full HD+ display with 20:9 aspect ratio and an in-display fingerprint sensor. The device will support 5G and it will be powered by a 2.8GHz octa-core processor which could be the Qualcomm Snapdragon 865 SoC. The phone is expected to arrive in 8 GB and 12 GB RAM choices and 128 GB and 256 GB storage versions. It lacks a microSD card slot.

Alongside, Oppo will also launch Oppo Enco W31 TWS earbuds which have already been launched in India. Enco W31 earphone comes with an extra-secure in-ear design. It comes with strong water and dust resistance and features enhanced Bass Mode.