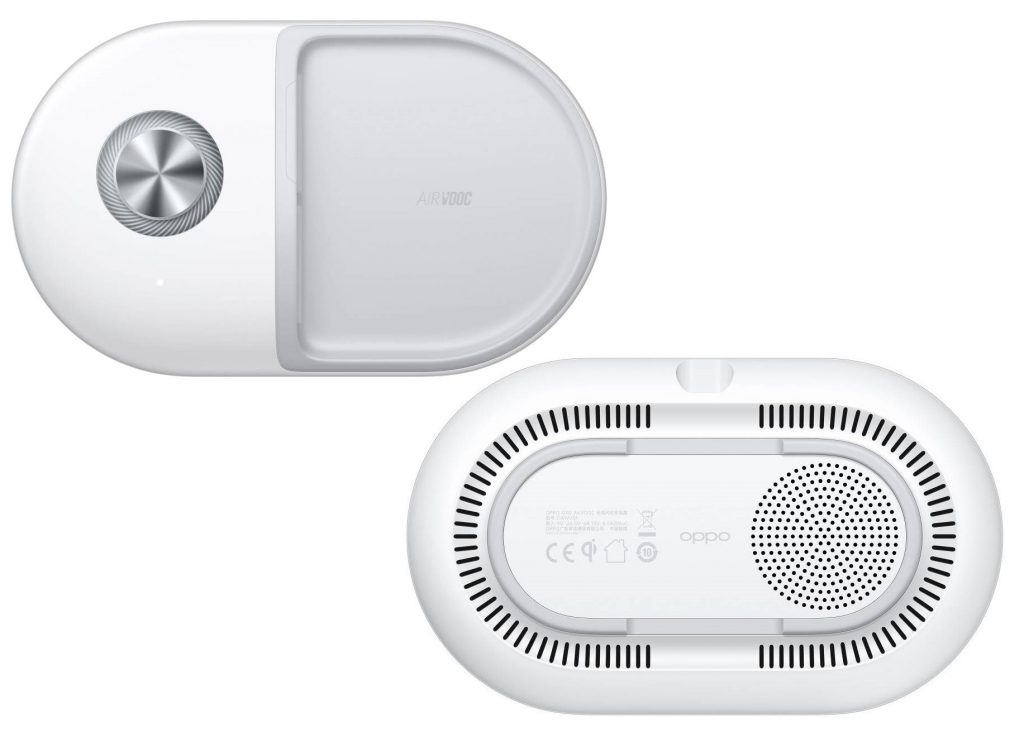 It is expected the OPPO Air VOOC support in the upcoming Ace2.

Oppo has scheduled a launch event on April 13 for Oppo Ace2 which will support 40W wireless charging. Now a new OPPO Wireless Charger (OAWV01) has been certified by the Wireless Power Consortium (WPC).

Zhang Jialiang, head of OPPO’s VOOC Flash Charge, has confirmed earlier that the 40W wireless fast charging support technology will be commercially available this year. Oppo Ace2 is said to support 65W wired charging and 40W wireless charging. It is expected the OPPO Air VOOC support in the upcoming Ace2.

The new Qi charging pad features a white with grey finish design with a designated tray for placing the phone on the right. The bottom has OPPO branding and vents for heat dissipation. It also has OPPO and Qi branding and confirms 40W wireless charging support as well as up to 65W wired charging.

Meanwhile, Oppo Ace2 will feature a 6.5-inch Full HD+ display with 20:9 aspect ratio and an in-display fingerprint sensor. The device will support 5G and it will be powered by a 2.8GHz octa-core processor which could be the Qualcomm Snapdragon 865 SoC. The phone is expected to arrive in 8 GB and 12 GB RAM choices and 128 GB and 256 GB storage versions. It lacks a microSD card slot.