OnePlus Watch to launch on March 23 alongside OnePlus 9 series

OnePlus Watch has been confirmed to arrive in a circular form factor with two buttons on the right side.

The smartwatch was spotted on IMDA (Infocomm Media Development Authority) website in India with the name OnePlus Watch and the model number W301GB.

The watch has been confirmed to arrive in a circular form factor with two buttons on the right side. OnePlus earlier submitted the first sketches of the watch to the German Patent and Trademark Office, DPMA. 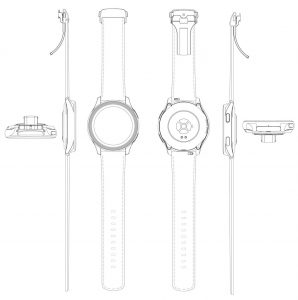 The second design showed a different strap. The strap on the second one looks like a normal strap which presumably is the normal OnePlus Watch while the strap on the first one looks a bit different and should be the sporty variant of the same watch.