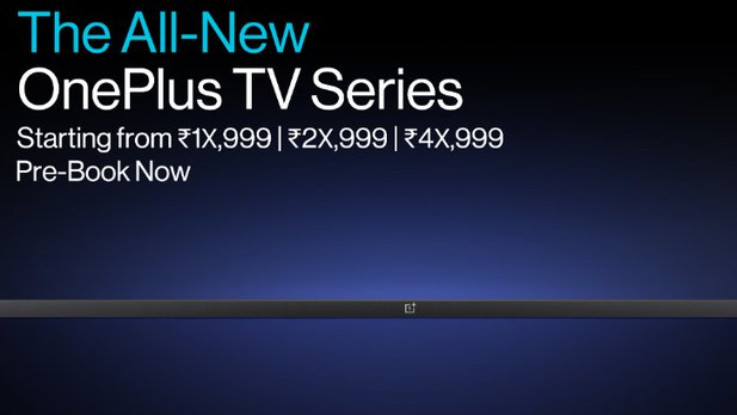 Ahead of the official launch, the company has revealed that it will be launching three new models during the launch event.

OnePlus is all set to launch its latest range of Smart TVs in India on July 2. Now, ahead of the official launch, the company has revealed that it will be launching three new models during the launch event.

The company has revealed this information on its official Twitter handle. The tweet reads, “It’s all that you need at a price that you want. Can you guess the price of the upcoming OnePlus TV Series?” The brand has also teased the pricing of the upcoming Smart TVs.

Meanwhile, the company has revealed a few features of the mid-segment OnePlus TV. The company has revealed that the Smart TV will feature a 6.9mm ultra-thin body, making it thinner than the flagship OnePlus 8 series. Lau further revealed that the upcoming Smart TV will deliver deeper bass. He added that the speakers had an innovative acoustic arrangement where they were rotated by 90 degrees. This allowed the brand to fit two large full-range speakers on the Smart TV. Lau says that the upcoming OnePlus Smart TV will offer 50 per cent deeper bass.

OnePlus has announced that its upcoming TVs are now listed for pre-booking on Amazon India. Customers who pre-book the OnePlus TV models will get extended warranty for two years from Acko general insurance company.