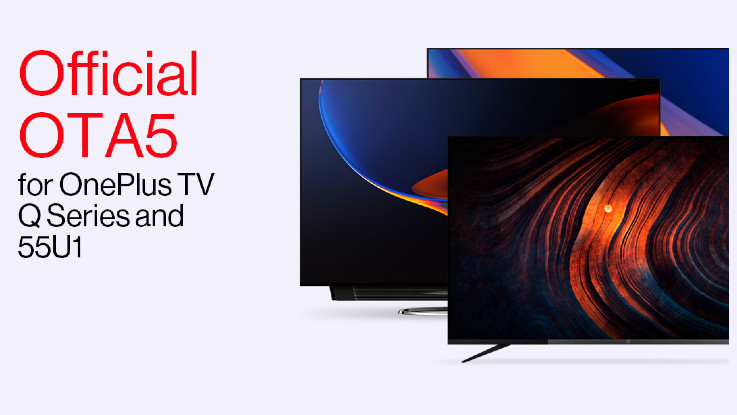 OnePlus has started rolling out a new update to its OnePlus TV Q series and newly-launched OnePlus TV 55U1 Smart TVs in India. The update brings a host of new features and more.

Coming to the update, it brings a new feature to the OnePlus Connect application. With this, users can now pair an iOS device with the app to control the Smart TV. The update also adds Data Saver Plus feature, which is an enhanced version of the Data Saver and it helps customers to keep a tab on the data usage through bandwidth control.

The update also adds new Kids Mode that will allow parents to put restrictions on apps, limit watch times and more. It also provides an eye protection function for the children. The update also adds new features to Oxygen Play and one can long-press any poster in the OxygenPlay homepage to see a pop-up window with information. It also enhances the user interface of Oxygen Play.

The standard OnePlus TV Q1 features a 55-inch 4K QLED screen with a resolution of 3840 x 2160 pixels and an aspect ratio of 16:9. OnePlus TV Q1 Pro comes with a 55-inch QLED display with a 100Hz refresh rate and 90 local dimming zones. The displays are powered by a dedicated ‘Gamma Color Magic’ image processor with a wide colour gamut of 100 per cent on NTSC and 96 per cent on DCI-P3.

OnePlus TV 55U1 comes with a 55-inch 4K TV display with 93 per cent DCI-P3 colour gamut along with a new Gamma Engine, which is said to enhance the viewing experience along with Dolby Vision. It comes with 30W speakers with two full-range speakers and two tweeters.