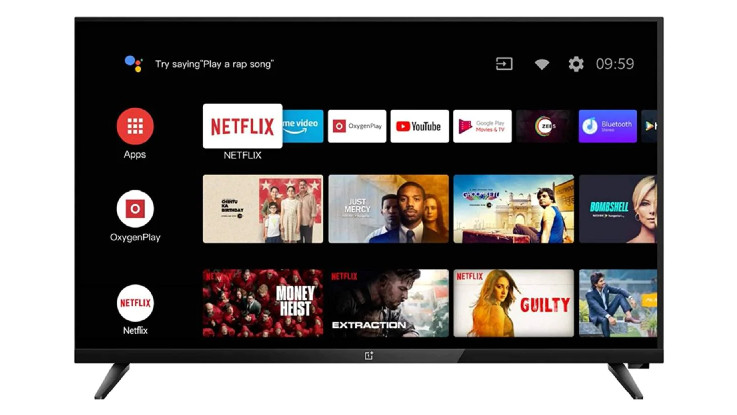 The latest Smart TV will be available for purchase from Amazon starting from 12:00 PM onwards.

OnePlus recently announced the launch of its latest Smart TV lineup in India with OnePlus TV U and OnePlus TV Y series. Now, the base model of the new lineup, the OnePlus TV 32Y1, will go on sale for the first time in the country.

The latest Smart TV will be available for purchase from Amazon starting from 12:00 PM onwards. The Smart TV is priced at Rs 12,999. Interestingly, Amazon is offering a discount on its Echo Dot when purchased with the Smart TV. The platform is selling the Echo Dot for Rs 1,999 with the latest OnePlus TV against its original price of Rs 2,999. Apart from this, OnePlus also introduced its OnePlus TV55U1 for Rs 49,999 and OnePlus TV 43Y1 for Rs 22,999. However, the company has revealed any details about the availability of the two Smart TVs.

OnePlus TV 32Y1 comes loaded with a 32-inch HD display with a screen resolution of 1366 x 768 pixels. The Smart TV is loaded with an OnePlus Gamma Engine and it comes with 93 per cent DCI-P3 colour gamut, which makes the viewing experience better. The Smart TV is loaded with 20W stereo speakers with Dolby Audio for an immersive sound experience. The TVs run on Android TV and it also features Oxygen Play along with Google Assistant. The TVs also have in-built Chromecast support as well.

It comes with Android TV and it comes with preloaded apps like OnePlus Connect. The app allows an OnePlus smartphone to be paired with OnePlus TV and one will be able to control the Smart TV. The company has revealed that users can connect five smartphones with the OnePlus Connect including iPhones. Other features include using smartphones as a trackpad, typing directly from the phone and more.