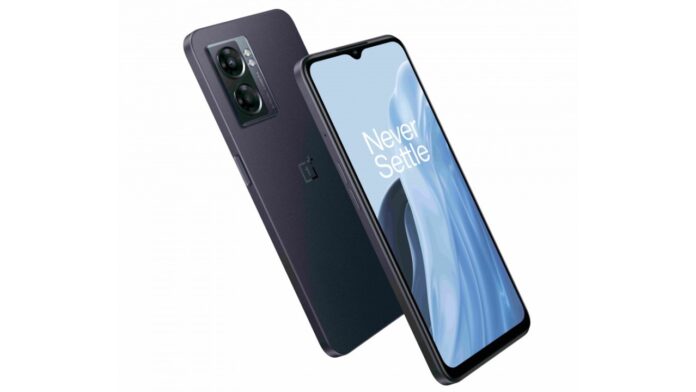 OnePlus is expanding its Nord lineup of smartphones in the United States with the introduction of the new Nord N300. The Nord N300 comes as a mid-ranger from the Chinese brand, equipped with the Dimensity 810 5G processor and a dual rear camera setup.

The OnePlus Nord N300 5G is available in Midnight Jade for $228 (approx Rs 18,800) and will be available in the United States on November 3rd via T-Mobile and Metro telecom operators.

The OnePlus Nord N300 5G sports a 6.65-inch HD+ LCD display with a 90Hz refresh rate. Further, it is powered by the MediaTek Dimensity 810 SoC with 4GB of LPDDR4x RAM and 64GB of internal storage. In addition, it supports a microSD card for storage expansion.

On the back, the phone features a dual rear camera setup with a 48-megapixel primary camera and a 2-megapixel depth sensor with a f/2.4 aperture. In addition, the phone sports an 16-megapixel selfie sensor.

The Nord N300 5G is backed by a 5,000mAh battery that supports 33W fast charging. In addition, the phone will run on Android 13 out of the box based on ColorOS 13. For security, it comes with a side-mounted fingerprint scanner. Connectivity options include dual SIM support, 5G, Wi-Fi 5.8, NFC, Bluetooth 5.1, NFC, USB-C and GPS.

In comparison to last year’s Nord N200, the Nord N300 5G has been downgraded in terms of display resolution from full-HD+ to HD+. We do see upgrades in terms of processor department, camera department considering the megapixel count and also, the charging speed has been bumped up.

Here are the top 3 challengers to the Nord N300 5G that can give it a tough fight:

The phone packs the Mediatek Helio G88 SoC which is paired with 6GB of RAM and 256GB of internal storage. In addition, the storage is expandable via microSD card up to 512GB.

For photos and videos, the phone comes with a triple rear camera setup. It has a 50-megapixel primary sensor with an f/1.9 lens, 8-megapixel ultra-wide sensor and a 2-megapixel depth sensor. For selfies and video calls, the device uses a 16-megapixel shooter with an f/2.2 lens

As for software, the handset runs on Android 11 out of the box with My UX on top There’s also a 5,000mAh battery that supports 10W charging support. It is claimed to offer up to two days of battery life on a single charge. It includes a side mounted fingerprint scanner for security. The phone also has face recognition as well.

Samsung is also giving you options in the budget range and the Galaxy A13 5G is one of its best offerings at its price. Now costing $194.99, the Samsung Galaxy A13 5G features a 6.5-inch LCD panel that offers a HD+ resolution with a 720 x 1600 pixel resolution and a 90Hz refresh rate. The phone packs a MediaTek Dimensity 700 SoC. It packs 64GB storage which can further be expanded via the micro-SD card slot.

There is a triple rear camera setup that is said to include a 50-megapixel main sensor, 2-megapixel macro sensor, and a 2-megapixel depth sensor. For selfies, there is a 5MP shooter with an f/2.0 aperture.  In addition, the phone packs a 5,000mAh battery with 15W fast charging support. It runs Android 11 and has a side-mounted fingerprint scanner.