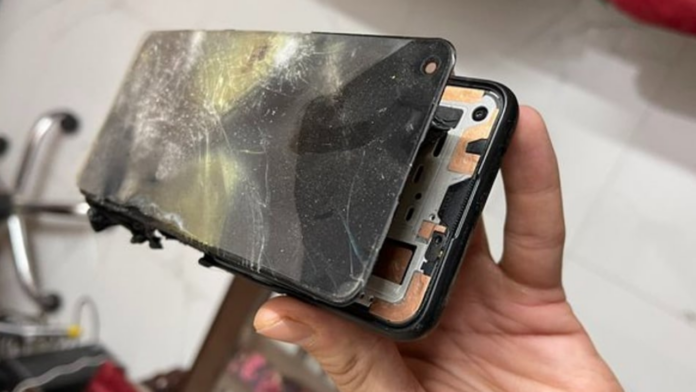 OnePlus Nord 2 5G had been a successful smartphone for OnePlus until a series of reports started coming in from users which suggested that the device exploded while they were using it. A similar report has now emerged again online which says that the Nord 2 5G burst open completely, therefore rendering it unusable.

The report comes from Twitter user Lakshay Verma, as per whom his brother’s OnePlus Nord 2 5G exploded in his hands while he was on a call. Following the incident, the user went to a OnePlus service centre in Connaught Place, Delhi to find a fix for the burnt phone. However, the user claims that the service centre denied addressing the situation.

Moreover, the service centre gave the phone back to the user after keeping it with them for 2-3 days. However, the posts on Twitter have now been removed by the user. There’s no confirmation whether the user’s concerns were addressed by the company or not.

The last incident was reported in December when a video posted by user @AbeerRazaKhan1 on Twitter showed the OnePlus Nord 2 back panel popped open and completely burnt. The user picks it up from the floor and shows it to the camera where even the screen of the smartphone is shattered.