OnePlus is expected to announce the OnePlus 8, OnePlus 8 Pro and OnePlus 8 Lite smartphones in late March or April this year at online as well as offline event. Now a screenshot of the About Phone page of the OnePlus 8 Pro has leaked online which has revealed the key specs of the upcoming smartphone.

As per the leaked image Sudhanshu, the leakster on Twitter, OnePlus 8 Pro carries model number HD2023. The phone features a 6.65-inches Fluid AMOLED with a 120Hz refresh rate. It is powered by Qualcomm Snapdragon 865 processor under the hood coupled with 12GB RAM+ 256GB internal storage. It is seen running on OxygenOS based Android 10 OS. 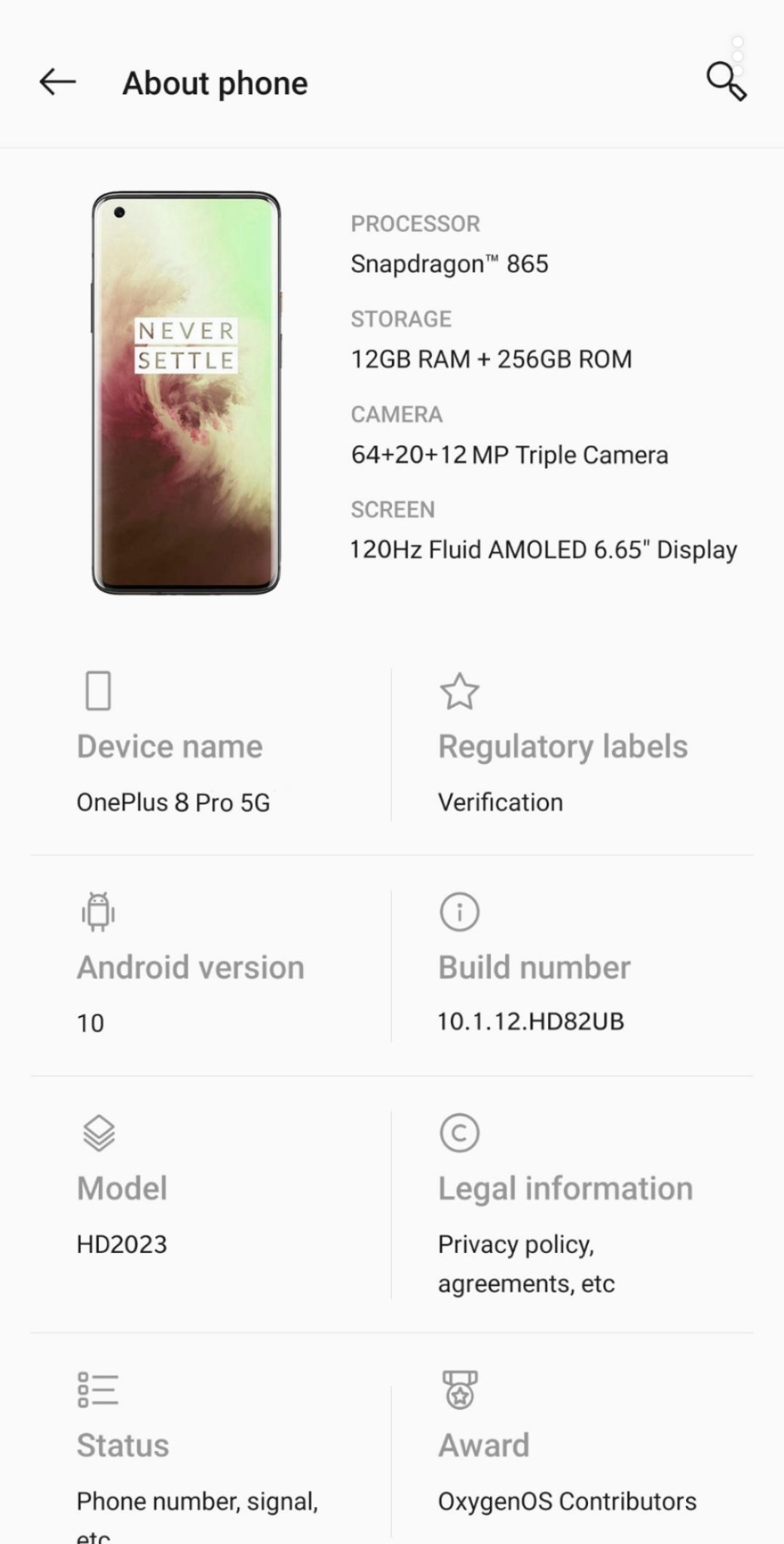 For the camera, the screenshot reveals a triple camera setup with a 64-megapixel main lens, a 20-megapixel secondary shooter and a 12-megapixel third lens. The primary lens could be Sony’s IMX686 lens. As per the image in the screenshot, the punch-hole front camera is on the top-left corner of the display.

However, a recent hands-on picture of the OnePlus 8 Pro revealed that the rear panel of the smartphone will be equipped with four cameras with an LED flash. The authenticity of the new leaked image could not be confirmed. We advise our readers to take this with a grain of salt.

OnePlus 8 Pro will likely offer IP68 water and dust resistance. As per earlier leaks, it will sport a 6.5-inch Super AMOLED display with 120Hz refresh rate. The phone will run Android 10 and it will be fueled by 4,500mAh battery with 50W fast-charging support. It will come with a vertical quad-camera setup and will be powered by a Snapdragon 865 SoC paired with 8GB of RAM and 128GB/256GB internal storage.