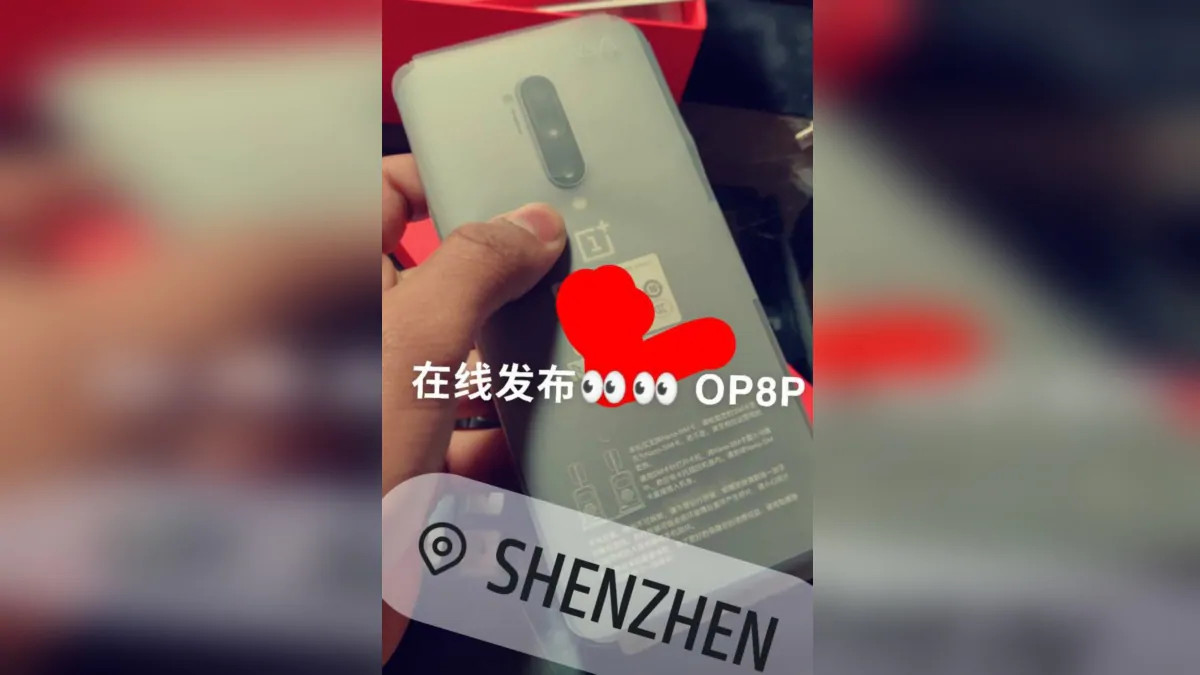 OnePlus 8 series is said to include OnePlus 8, OnePlus 8 Pro and the mid-range OnePlus 8 Lite smartphones.

OnePlus 8 launch event will be held at online as well as offline event this year. The OnePlus 8 series is rumoured to debut in late March or April this year. Now, the OnePlus 8 Pro has been spotted for the first time in a live photo.

The leak that was first spotted on Discord first and later shared by a Twitter user, shows a hands-on picture of the OnePlus 8 Pro. The leaked photo shows the rear panel of the smartphone which is equipped with four cameras accompanied by an LED flash.

Three of the lenses are aligned vertically in a pill-shaped module that creates a small bump. The fourth camera lens said to be laser autofocus module sits next to it. The camera module is followed by the company logo. The rear panel doesn’t show fingerprint sensor which means the phone will be equipped with an in-display fingerprint sensor.

OnePlus 8 series is said to include OnePlus 8, OnePlus 8 Pro and the mid-range OnePlus 8 Lite smartphones. Recently, a render and some alleged specifications of the OnePlus 8 Pro surfaced online. The phone will sport a punch-hole display and for the rear, there will be a vertical triple camera setup with a fourth camera and LED placed alongside.

OnePlus 8 Pro will likely offer IP68 water and dust resistance. The phone will feature a 6.5-inch Super AMOLED display with 120Hz refresh rate. The phone will run Android 10 and it will be fueled by 4,500mAh battery with 50W fast-charging support. It will come with a vertical quad-camera setup and will be powered by a Snapdragon 865 SoC paired with 8GB of RAM and 128GB/256GB internal storage.