Ola and Revolt have been working on ramping up sales for their products. Their key sale tactic seems to be similar to what smartphone brands have developed in the past. 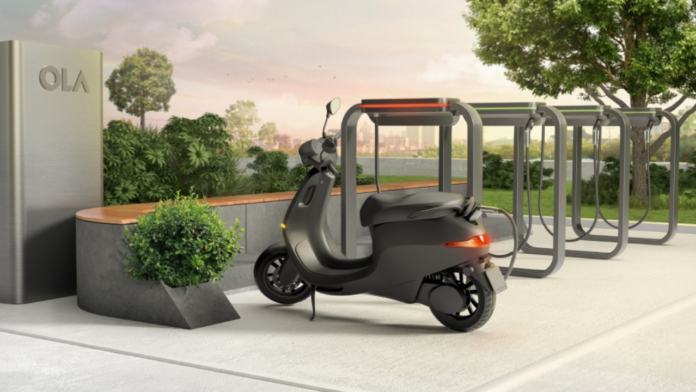 India is working towards an electric future. The country has been introducing various schemes to encourage the shift towards electric vehicles. As a result, more players such as Ola and Revolt are entering the market with their potential products. These could attract more customers to switch from traditional gas-powered vehicles.

To attract them, both Revolt and Ola are following some unconventional marketing strategies, which we have seen earlier, but not usually in the automobile industry.

Let’s start with Ola. The company that offers cab services in the nation has come up with a new electric scooter which it claims crossed 1,00,000 bookings within 24 hours. The number is big considering within the time in which it got these many bookings. But what approach did it follow to gain this number? The one that we have seen in the Mobile phone industry long back.

Ola made the highest ‘advance’ bookings for a two-wheeler in the world by not revealing the specifications or an official price for the scooter. Yes, it did so by asking for a small amount of just Rs 499 so you can reserve the scooter before it launches. If you change your mind, you can cancel this reservation and you will get a refund anytime you want.

Bhavish Aggarwal, CEO and Founder at Ola Electric says, “With its incredible performance, technology, and design along with aggressive pricing, it will help accelerate the transition to sustainable mobility”. Ola is looking forward to building 10 production lines that will have a capacity to produce over 10 million scooters a year.

Way back in 2013, Micromax, one of the leading Indian mobile brands, had opened pre-bookings for its product, Micromax Canvas 4, without revealing the actual price. Ola followed a similar strategy (if not identical) with its scooter.

It helped Ola secure a good number of people who could actually turn into potential buyers at the launch time. This will also be helping them in focusing on marketing efforts to boost future sales even further.

Ola S1 Electric Scooter relaunched with a top speed of…

Similarly, the Revolt RV400 pre-bookings were opened for the second time on Friday. It was sold out within minutes of the pre-booking getting opened. Last time, the pre-bookings lasted two hours, and the brand has said it would start deliveries of the already-booked bikes from September onwards. The RV400 by Revolt comes in two variants. These are RV 300 and RV 400 — having a range of 150 km on a single charge with a top speed of 100 km/hour. It has a full battery charge time of four hours. The company said it sold RV400 units worth Rs 50 crore during the flash sale held in June.

For those unaware, Rahul Sharma, a co-founder of Micromax, is also the CEO at Revolt. He is a known face that obviously helps in the brand value. And the company is now also relying mainly on social media marketing tactics to sell its product. These have been a part of the Mobile phone industry for a very long. Secondly, we know how flash sales have also positively affected in creating hype for mobile phones and other products. A similar tactic has been observed here as well.

But as these tactics rely heavily on a single factor, it has its own demerits as well. In Ola’s case, considering that many buyers who have pre-booked are impressed with Ola’s cab service, they can revoke their pre-bookings if they face a drop-in service levels. In Revolt’s case, Rahul Sharma’s Micromax has a dreadful past, making the buyers sceptical if the same can happen with Revolt’s RV400, rendering their purchase useless.

If both Ola and Revolt follow these low-cost marketing schemes, they must have a backup plan. And if they don’t, they may have a lot to worry about.